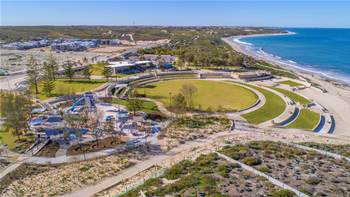 To lead wholesale and infrastructure division.

Andrew Page has been appointed the CTO and head of network operations of OptiComm, the broadband wholesale and infrastructure division of ASX-listed Uniti Group.

Page announced the move on LinkedIn over the weekend.

“Excited to have joined the Uniti Group as CTO and head of network operations of OptiComm, the broadband wholesale and infrastructure division,” he wrote.

Most recently Page was offering consulting services for the telecommunications, technology and infrastructure industries.

Prior to that, he held multiple roles at NBN Co across a nine year period including general manager of HFC network optimisation and capacity deployment.

Page also spent a decade at Cisco between 2000 and 2010 and, as a senior consultant, created and led the Cisco deployment team that designed, built and integrated HFC broadband products for Telstra and Optus.

Uniti, which listed on the ASX in February 2019, operates three distinct business units, each led by a separate chief executive and leadership team.

Following the close of the deal last month, Uniti has retired all other brands in its wholesale and infrastructure division, adopting OptiComm as its market-facing brand for the Group's network construction, operation, maintenance and wholesale functions.

Uniti has also appointed OptiComm’s COO Geoff Alridge as the chief executive of the wholesale and infrastructure division.

The comapny announced last month its brands LBNCo, Openetworks, Pivit, ClubLinks and Capital Fibre Networks would be phased out.