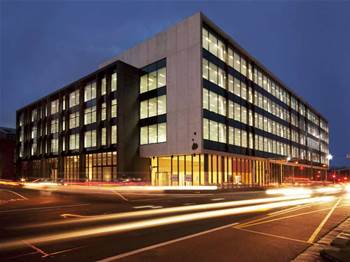 Ingram Micro’s new Services Group has announced it has white-labelled services from Ultra Serve’s cloud platform for its trove of resellers to take to the SMB market.

Under the deal, Ultra Serve provides Windows and Linux-based virtual servers on demand, dedicated servers and a range of other managed services on a wholesale basis to Ingram’s reseller base.

Ultra Serve has offered a white-labelled customer portal for resellers to on-sell its managed services since 2002, but the deal allows Ingram’s resellers to purchase using their existing Ingram accounts and credit arrangements while receiving technical support and business advice.

“Offering hosting through a distributor – I believe that’s a first in Australia,” said Ultra Serve chief executive officer Samuel Yeats. “We were very excited to get this over the line.”

Resellers can then deploy, configure and white label these services through a web portal.

Yeats said the deal would greatly help the company extend its market reach.

“The partnership gives Ultra Serve the opportunity to reach a significantly larger pool of SMB-focused resellers and extend its reach into verticals such as Government and education,” Yeats said.

He would not disclose the margin Ingram Micro would be entitled to under the arrangement.

The deal won’t be exclusive, however.

Darren Elsby, director of Ingram Micro Services Group said the Ultra Serve deal was the first of several cloud and managed services related announcements over the next few months. He added that while the Ultra Serve deal would see all customer data hosted in Australia, forthcoming partnerships would likely see data stored locally and overseas.

He said Ingram hoped to make provisioning of cloud services easier for resellers by ensuring that they are provided with preconfigured and reliable solutions accompanied by stringent SLAs.

“That takes a lot of work in negotiating SLAs, pricing and so forth that otherwise would fall on the shoulders of our resellers,” Elsby noted. “What we’ve done is put in that hard-work on their behalf so they don’t have to”.