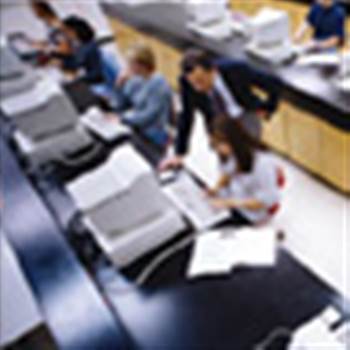 According to the EU’s Lisbon Agenda plan first promoted in 2000 and restated last year, Europe will become the most competitive and dynamic knowledge economy by 2010.

But in response to a government consultation on UK progress, Intellect says that without active changes the UK will not be in a position to play its part.

‘We are talking about the UK competing on high-value jobs, but if we do not raise the skills of the workforce, we won’t be able to compete,’ said Intellect ebusiness programme manager Beatrice Rogers. Only financial incentives such as tax breaks will persuade businesses to use them, she says.

‘There needs to be something to kick-start the market and change the culture,’ said Rogers.

But Intellect is one of only seven organisations that responded to the consultation, and business groups say inconsistencies in EU policy threaten to contradict the Lisbon commitment to growth.

The CBI says moves to extend media content regulations, to include platforms such as mobile devices and the internet, threaten to derail plans for high-tech areas such as new media content production to maintain European competitiveness.

‘The proposed regulations are unnecessary, counter-productive and unworkable,’ said CBI head of ebusiness Jeremy Beale. ‘It is a short-term strategy and in the long term will stifle the development of the new media.’

The consultation responses will help shape the UK’s implementation report to the European Commission, due in the autumn.

Got a news tip for our journalists? Share it with us anonymously here.
Copyright © 2010 Computing
Tags:
europeangapgrowthhinderspotentialskillstraining & developmentuk