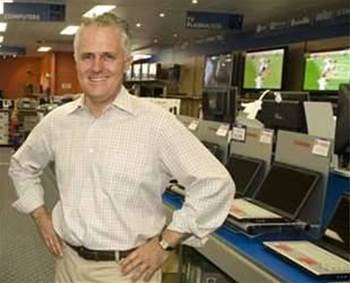 Communications Minister Malcolm Turnbull has attempted to end the confusion surrounding the Government's proposed data retention scheme by offering a definition of the term 'metadata', stating that despite comments by the Attorney General, website addresses will not be included.

Turnbull entered the debate yesterday after initially being left out of the Government's plans, having only learned of the policy through the media this week after it was signed off by the national security committee.

He is now attempting to provide clarity on an issue which has suffered under bungled attempts by Prime Minister Tony Abbott and Attorney General George Brandis to explain the technical details of their proposed legislation.

Brandis struggled through a Sky News interview on Wednesday and was unable to clarify what specific data the Government would ask telcos and internet service providers to retain in order to aid law enforcement in criminal investigations.

Speaking on ABC radio this morning, following his first public comments on the issue yesterday, Turnbull revealed website addresses would not in fact be stored.

“There has been some concern expressed that the Government is proposing telcos should retain for two years a record of the websites you visit when you’re online, whether that’s expressed in the form of their domain names or IP addresses, that there would be a requirement to retain a two year record of your web browsing history - that is not the case,” Turnbull said.

“They also want the IP address - the number assigned to your phone or computer when you go online by your ISP so you can be connected to the internet. The ISP knows that address is connected to your account, and [the agencies] want that information to be kept for two years,” Turnbull said.

“The security agencies are not requiring telcos keep a record of your browsing history.”

When questioned on why the Government went public with a policy it was unable to explain, Turnbull said he was more concerned with being “crystal clear now with what we are talking about.”

“One of the difficulties with a term like metadata is it can be different things to different people and we have to be very clear with what we mean," he said.

“I think the most important thing is, as we formulate this policy we nail it down in all specifics with great detail, and there will obviously be a debate with a number of parameters - there are civil liberties issues, questions of the security of the data being stored, there are questions of cost.”

The telco industry has been vocal in its criticism of the scheme for the significant financial cost it would impose on providers, which would likely be passed on to consumers. ISP iiNet has previously put the cost of the scheme at over $100 million in the first year.

Turnbull said since ISPs would be asked to retain information they were already storing briefly but for a longer period of time, the additional cost would not be as great as if they were asked to store data they had not been retaining.