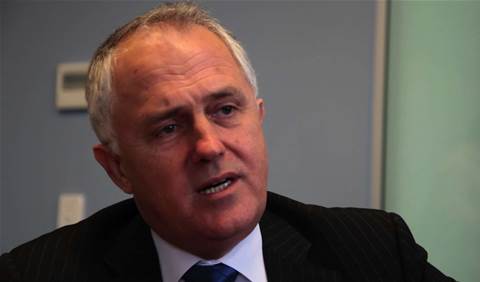 In addition to requiring NBN Co to produce a decade-long business plan, the bill also attempts to compel the Productivity Commission to "conduct a comprehensive cost-benefit analysis of the NBN and report back to Parliament by 31 May" next year.

NBN Co indicated last week it would hand up a three-year business plan to the Government by the end of the month. Parts of the plan were expected to be released publicly.

Turnbull is also expected to move an associated motion to create a Joint Select Committee drawn from both houses to oversee the rollout of the NBN.

"The proposed Committee would include Government, Opposition and cross-bench Members and Senators," he said.

"The Coalition will be seeking Government and cross-bench support for the private members bill and motion in both houses."

Turnbull was critical last week of NBN Co chief Mike Quigley's lack of focus on financial justifications for the project in a speech to the telco and ISP communities.

"Australians have already had to wait 12 years for action while the former Howard Government did nothing to improve broadband services across the country," Conroy said.

"They don't deserve to put up with further delays."

Greens communications spokesman Senator Scott Ludlam said the party would consider the Bill before committing to a vote.

"The Australian Greens Party Room will consider whether this is a serious bid for relevance and transparency, or another in a long line of Coalition delaying tactics designed to destroy the network," he said.