Treasury IT implicated in Utegate 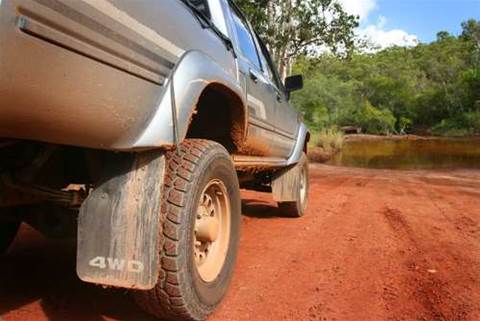 Did a back-up failure contribute?

The man at the centre of the Utegate email scandal has claimed a three-day failure of Treasury's back-up servers contributed to his uncertainty in front of the Senate Estimates Committee.

In a statement [PDF] issued in the Auditor-General's report, which cleared the Prime Minister Kevin Rudd and deputy Wayne Swan of any wrongdoing, Treasury official Godwin Grech attempted to prevent himself being made the sole scapegoat over the affair.

The scandal centred around allegations that the Prime Minister's Office had made email representations to Treasury on behalf of a Brisbane car dealer that had sought funding from the OzCar scheme.

OzCar was a financial assistance package for car dealerships struck down by the credit crisis.

Grech told the Senate Committee that his recollection was that an email sent to him from the Prime Minister's office did exist.

The only email recovered to date was proven to be a fake.

"It was and remains my genuine recollection that I received an email... on or around 19 February 2009," Grech said.

According to Grech, his inability to "definitively rule out the possibility" in front of the Senate that the Prime Minister's Office had sent him an email representation on behalf of the car dealer could be attributed, in part, to an IT back-up failure.

He said IT officials had searched Treasury's email system, including back-up servers, on 18 June and the following morning - just hours before Grech was due to appear in front of the Senate Committee.

The search did not uncover any emails linking the Prime Minister's Office to the scandal.

"[But] the officer with responsibility for IT ... informed me... that for some unexplained reason the Treasury back up servers failed to work on three critical days in February 2009 - one of which was Friday 20 February 2009," Grech said.

"[We] were told clearly and without qualification by [the officer] and her team that this meant that if I had received an email from [the Prime Minister's Office] on Friday February 20, 2009 and it had been deleted that same day - Treasury IT would not be able to trace it."

Grech speculated the reason he could not locate the original email was that it was sent on February 20 - rather than the previous day - and was therefore affected by the back up failure.

The failure "did not mean that there was an email on [the car dealer] buried somewhere in the system but [it] did mean that I could not responsibly go into Committee that afternoon and hold my hand on my heart and say that there was definitely no email from Andrew Charlton [of the Prime Minister's Office]," Grech said.