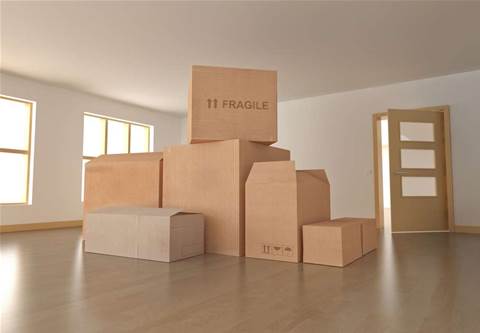 Canberra telco TransACT completed an 18-month, $3.5 million IT ‘lift-and-shift’ in July, after company directors decided to move it in a different direction from sister company ActewAGL.

TransACT relied on corporate services from utilities company ActewAGL under a Feburary 2004 management agreement but severed the arrangement in January 2010.

In April last year, TransACT enlisted former CSIRO chief information officer Roze Frost as general manager of IT to establish a new IT capability for the company.

No IT staff were moved from ActewAGL to TransACT, which had until July 2011 to begin hosting its own infrastructure, telecommunication business support systems (BSS) and enterprise applications.

“It was a little bit about telecommunications standing on their own and expanding into managed services and things like that.”

With staffing, cost and time constraints to consider, Frost decided to have only two in-house IT managers and base TransACT’s new IT strategy on outsourcing and cloud computing.

Within a year of Frost's appointment, TransACT moved 165 bespoke BSS applications from ActewAGL to Canberra technology outsourcer Cordelta and engaged Logica to manage its 70 in-house servers.

The migration cost about $1.5 million in total.

The cloud implementation involved NetSuite consultants and cost about $2 million. Prior to the move, TransACT shared ActewAGL’s Oracle ERP system.

NetSuite served its global customers from five data centres in the US and had no plans to deploy Australian infrastructure or build telco-specific software in the near future.

Frost said TransACT’s clients were predominantly Australian Government agencies. She described the ERP deployment as a “good first step into the cloud”, adding that TransACT stored no customer information in Netsuite.

With just over a year to rebuild TransACT’s IT, Frost said outsourcers Logica and Cordelta had been “brilliant” in discovering and documenting the systems they were to take over.

She said the telco’s retail team were well-versed in its BSS requirements and would continue working closely with Cordelta to keep the custom applications well-aligned with the business.

But because of its long-term, informal outsourcing relationship with ActewAGL, TransACT lacked management staff with an end-to-end view of the Oracle ERP system, she said.

“You really need to know your business processes from end-to-end and with all the processes being outsourced in the past, it was really hard to say what they were,” she said.

The telco relied heavily on NetSuite consultants who worked closely with TransACT’s ten-person finance team to bed down the new, cloud-based ERP.

Although change management was “not as robust as it should have been”, Frost said TransACT’s 300 staff had responded well to the new systems and there were no major hiccups to date.

“We didn’t get it perfect, but it was a pretty good implementation for what it was and certainly met all of our expectations,” she said.

“We’ve done a lot of training [for the NetSuite ERP], but probably not enough at the time ... We’re reinvesting at the moment in more consultancy from NetSuite to help us bed it down more and refine some of the things we haven’t got right.”

Frost said the project was successful with the telco now able to “[stand] on our own two feet”.

Even with only two in-house IT staff, she said it would not be difficult for TransACT to keep its outsourcing relationships going.

“It’s not hard to pick up the knowledge and manage the contracts. The retail side of the business actually has a huge amount of knowledge in how the business works,” she said.

“I’ve been in outsourcing for a while and it does work, but you need to make sure that [outsourcers] pick up the knowledge that they need about the technology and ... also have business knowledge.”

Reports emerged this week that TransACT could be acquired by iiNet for between $60 million and $80 million. Both telcos have declined to comment on the matter.