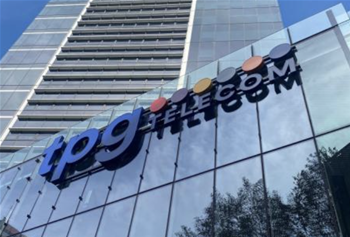 Surprise bidder in 2018 auctions to sell its holdings.

TPG Telecom is bolstering its 5G spectrum holdings across six major capital cities by snapping up a subsidiary of Dense Air that held 3.6GHz licenses acquired at auction in 2018.

The telco said the acquisition would increase its 3.6GHz spectrum holdings “from 60MHz to 90MHz in Adelaide and 95MHz in Brisbane, Perth and Canberra.”

“In Sydney and Melbourne, TPG Telecom will acquire 5MHz of 3.6GHz spectrum, increasing its holdings to 65MHz after the transaction,” it said.

“For our mobile and home wireless customers, this additional mid-band 5G spectrum will mean a significant boost in speeds through increased capacity,” Berroeta said.

“As this spectrum is immediately adjacent to our existing 5G spectrum holdings, it can be deployed quickly and without significant cost.

“This spectrum acquisition will … set us up for future customer growth as we roll out our 5G home internet service to meet customer demand for NBN alternatives."

TPG Telecom is rolling out a 5G network in major cities, targeting 85 percent population coverage in Sydney, Melbourne, Brisbane, Adelaide, Perth and Canberra by the end of this year.

It is understood that a wholly owned subsidiary of TPG Telecom will essentially buy all shares in a subsidiary of Dense Air that was set up specifically to hold the 3.6GHz licenses.

Dense Air was a surprise bidder in the late 2018 auctions, saying at the time it intended to launch a wholesale service that carriers could use to extend the reach of their own 5G networks.

It is further understood that TPG Telecom has separately agreed to sell some 2.6GHz spectrum to a Dense Air subsidiary.

The transactions are subject to Australian Competition and Consumer Commission (ACCC) approval, and could be completed as early as September this year.