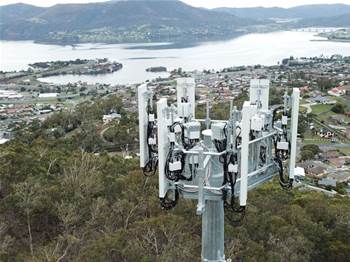 Expects compatible handsets to be updated by device makers 'within weeks'.

TPG Telecom has expanded its 5G standalone core across more parts of Australia, tripling its coverage and opening more opportunities to sell both mobile and fixed wireless services.

The telco first activated 5G standalone services - which operate purely in a 5G mode, and do not leverage existing 4G infrastructure - in parts of Sydney back in July.

It unveiled plans to extend standalone coverage in other cities and regions a month later in August.

Smartphone manufacturers “are expected to start pushing out updates to enable 5G standalone compatible handsets within weeks” in response to the network launch, TPG said.

The expansion also means that TPG has “increased the addressable market for 5G fixed wireless”, one of many cellular-based services positioned as an NBN-like alternative broadband product.

CEO Iñaki Berroeta called the expansion a “game-changer” and a “truly a pivotal moment for TPG Telecom.”

“It sets us up to deliver 5G’s full potential,” Berroeta said in a statement.

“The upgraded core network has amplified our 700 MHz spectrum, tripling our 5G coverage and giving us greater reach across suburbs and in densely populated areas.

“This will give us a competitive boost going forward, with our 5G coverage on par or ahead of other mobile networks in many areas.”

Berroeta said that TPG is hitting momentum in its 5G infrastructure deployment, adding “more than 100 5G sites” a month.

Executive general manager for mobile and fixed networks Barry Kezik said that 5G standalone meant TPG could begin to offer new products that made use of network slicing, where the network is divided into logical slices that can be targeted at specific segments or use cases.

“[This] will allow us to deliver a  range of new services to enterprise customers by setting specific connectivity, speed and capacity requirements for individual applications,” Kezik said.

“Through cloud-based technologies, we will be able to manage the network more effectively and ultimately offer customers a better experience."