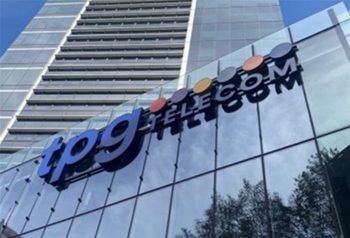 As ADSL resale wraps up.

TPG Telecom expects to exit ADSL resale this financial year, leaving it with a choice of either putting customers onto the NBN or onto its own fixed wireless services, where margins are likely to be higher.

That will be an important milestone for the company, because it has the chance to grow on-network services faster than NBN services, a strategy it expects will save it tens of millions of dollars a year.

TPG’s target is to double its fixed wireless broadband services to 160,000 subscribers, providing both higher margin for TPG and lower wholesale costs, with minimal additional capex.

Berroeta told iTnews that the migration of customers on-network will “definitely” make TPG less sensitive to long-standing NBN sore points, such as the network’s CVC pricing and the future of its special access undertaking (SAU).

However, he added: “We still think the SAU needs to be looked at and reformed ASAP, it is a very old model and is not going to help NBN get more efficient.”

The company is also looking at deploying G.fast technology in its enterprise business. This would allow TPG to offer higher-speed services to corporate customers, with a corresponding increase in revenue.

While pricing has not yet been announced, group executive, corporate, Jonathan Rutherford told iTnews: “We have approx 135,000 subs on the network that are in scope for a G.fast upgrade”.

A key strategic event for TPG was its landmark multi-operator core network deal with Telstra announced this week.

This will give the company a huge boost to its regional footprint, from 5500 sites to nearly 9000 sites, with coverage of 98.8 percent of Australia’s population.

Berroeta said the deal, which is still subject to ACCC approval, will have two benefits for TPG: metro customers will be confident of coverage if they travel to regions, and “there are lot of places we want to provide our services ... We are going to be able to do that with a much larger network”.

He said the deal would reach break-even on a cash basis with between 100,000 and 200,000 regional customers signed up, with anything above that representing “significant value”.

The deal with Telstra also means TPG will save money on services it currently buys from Optus.

Following a strategic review of its tower infrastructure, TPG will be selling some of its towers and rooftop space, and investing to improve the use of its spectrum in the 700MHz and 3.6GHz bands.

This, and the spectrum it will be able to access under its Telstra deal, allowed TPG to sit out the November 2021 spectrum auction, avoiding a $500 million outlay.

“The avoidance of capex in the regions will have a similar effect,” Berroeta added.

It will be important for TPG to return to growth in the second half of 2022, since service revenue fell four percent to $4.4 billion in the six months to December 31.

This was partly offset by hardware revenue growth (in spite of supply challenges), so the company’s total revenue fell by 3.1 percent to $5.3 billion.

It was mobile that suffered the most from Covid-19, Berroeta said, with subscriber numbers falling by four percent over 2021 to 5 million.

The closing of Australia’s borders drove up churn, and lockdowns hit the company’s retail store sales.