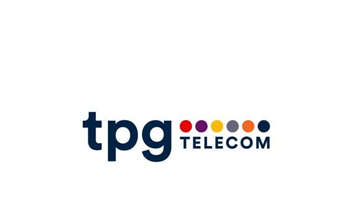 TPG Telecom’s founder and chairman David Teoh has resigned from the board of the internet business that he and his wife created in 1992.

Teoh said in a letter to shareholders that “now is the right time for me to step aside and pursue other interests.”

The couple’s son Shane Teoh also resigned as a non-executive director of the board.

Canning Fok, the one-time chair of Vodafone Hutchison Australia, will take over from David Teoh as chair of the TPG Telecom board.

TPG’s chief executive Iñaki Berroeta said that “with integration progressing well following last year’s merger between Vodafone Hutchison Australia and TPG, [David] Teoh had decided to resign from the board.”

“I am leaving TPG Telecom in good hands with Iñaki and his team, and I am confident in its strong future,” David Teoh said in a statement.

“After nearly 30 years leading TPG, I feel that now is the right time for me to hand over the reins and focus on other interests.

“I thank shareholders, employees and colleagues for their support over the years and convey my special thanks to the incoming chairman, Canning Fok, whom I greatly respect as being a businessman of extraordinary acumen.

“I remain committed to the company and will be following its future with a keen interest”.

“He has driven significant change in the Australian market and has carved out a position which TPG Telecom will build on,” Fok said.

“We are in David’s debt for all he has done”.

Teoh said he was proud of what he had accomplished with the TPG business, growing it into a very large player in the internet industry both as its own brand and through the acquisition of other large rivals.

“There have been many challenges along the way, but I firmly believe that consumers in Australia have greatly benefited from TPG’s competitive business approach, and that they will continue to do so,” he said.

“TPG Telecom is now a full-service telecommunications provider and home to some of Australia’s most loved brands including Vodafone, TPG and iiNet.

“It owns and operates nationwide mobile and fixed networks, has over 5 million mobile customers and 2 million fixed broadband customers, and employs close to 6000 people.”

The board appointed Jack Teoh and Tony Moffatt, the current TPG Telecom company secretary, as non-executive directors "to fill vacancies created by the resignations of David Teoh and Shane Teoh," the company said in a financial filing.

"Both Jack Teoh and Mr Moffatt will join the TPG Telecom Board effective today," it said.

"Tony Moffatt has resigned from his role as company secretary.

"The board has appointed Trent Czinner, currently TPG Telecom group executive legal and external affairs, as company secretary, effective today and in addition to his current role."