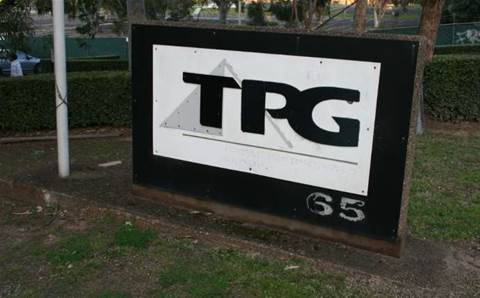 TPG has expanded the initial reach of its mobile network to cover parts of Adelaide and Brisbane, and revealed longer-term plans to service regional centres.

The company is in the process of becoming Australia’s fourth mobile network operator, courtesy of a near $2 billion investment in mobile infrastructure and spectrum.

It said in mid-September that it planned to deploy dense “initial clusters” of small cells in Sydney, Melbourne and Canberra by mid-2018.

“We today advise that we now also expect some initial clusters of sites to be implemented in Adelaide and Brisbane in the same timeframe, ie by the middle of 2018,” chief financial officer Stephen Bancroft told investors.

TPG has a mix of 700MHz, 1800MHz and 2600MHz spectrum holdings. Its network structure will consist of a dense network of small cells and more traditional “macro” cell sites covering less populated areas.

CEO David Teoh said while the current planning process for the network was to cover the major capital cities, the company has broader mobile ambitions.

“We do plan for Newcastle, Gosford and Wollongong, and also Geelong and Ballarat,” he said.

Teoh raised the possibility of connecting smaller towns to the mobile network as well.

The company is siting mobile equipment as close as possible to its fibre optic network.

“We naturally want to position the sites close to where our fibre is in order to keep down the costs of connecting the sites,” head of network operations David Hanly said.

Teoh noted that TPG’s intercapital fibre links passed through or near many towns, and that these could therefore be added to its mobile rollout in future.

“Because we have fibre going [between] the capital cities, we run through all these small towns, so in the future if you look at what we can do and what we offer the small town, they will get a lot of benefit in the long term,” Teoh said.

“[The mobile network build] is such a massive project so we have to focus and do a good job in what we’re doing at the moment.”

TPG has previously said it planned to install equipment on the rooftops of metropolitan buildings.

However, Hanly indicated that many of the small cells could be attached to power or street lighting infrastructure instead.

“The nature of the small cell equipment lends itself to installation of the equipment on street poles which makes site acquisition in densely populated areas far easier, as there are hundreds of thousands of poles to select from,” he said.

Teoh noted that TPG’s rollout strategy would mean it could “roll out very quickly” in its chosen areas.

He said the company would look to quickly get prospective customers interested with trial services, and and also further afield into machine-to-machine and other non-residential service offerings.

“In certain areas we will have [a] trial offer ... and then there are other areas we would look at that to differentiate what the group can offer,” he said.

“In areas like IoT we will look into to see how we can differentiate ourselves from the marketplace.”

Teoh overall was bullish about the potential of mobile, as doubts continue over how profitable it will be in future for RSPs that simply choose to resell NBN services.

“The NBN is a very competitive market,” he said.

“The margin is very low and everyone is facing the same problem. It’s why we’re looking longer term through our mobile side.”

In the long term, he said wireless technology would be capable of “multiple gigabit per second” speeds - up to 10Gbps or even 100Gbps and with very low latency.

“You’re talking about enormous speed with the latency of one millisecond. It is the direction wireless is moving,” he said.

He also predicted customers - and particularly those in younger demographics - would continue to embrace wireless and mobile services over fixed-line in the next 5-10 years.

He also forecast that “the price [for mobile] will keep dropping and the customer will get enormous benefit”.

“TPG will play a major role in the long term,” he said.