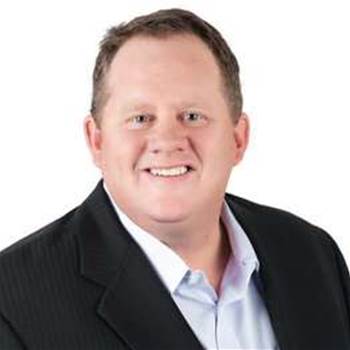 TPG could be Australia's number two telco in five years and number one within a decade, entrepreneur Bevan Slattery has predicted.

Speaking at the CommsDay Summit in Sydney, Slattery also predicted TPG's share price would rise from around $5.50 today to above $10 within five years.

TPG is spending $2 billion to become Australia's fourth mobile network operator. It plans to have its first equipment deployed across several metropolitan areas by mid this year.

“I think their vision is so clear it is possible they could be the number one telco in 10 years, as remarkable as that may seem,” he said.

Slattery predicted that TPG would mimic elements of the strategy used by Indian mobile operator Jio, which went from zero to 130 million subscribers in just over a year.

Jio has a purely 4G network, with no legacy 2G and 3G infrastructure, which is what TPG will have in Australia.

“I think they [TPG] will launch Jio-style services with a wireless router for about $30 per month. You will use it like fixed line," Slattery said.

“The speeds won’t be consistent or as good as a fixed line, but a lot of households are struggling and would rather pay $30 per month for that than $70 for a fixed line service. I think there will be massive cannibalisation [of fixed internet].

“[TPG] is a play for NBN substitution. They will focus on the metros.”

Slattery said TPG had already implemented similar strategies when it entered the market in Singapore.

Such a dramatic rise in the fortunes of TPG would impact not just the other mobile operators but also NBN Co, which Slattery predicted would be sold to a big infrastructure company with protections to ensure the government could maximise its investment.

“I think that will create a lot of pain for the industry,” he said. “We certainly saw that with the Telstra floats T1, T2 and T3.”

The ACCC is presently pressing the government to commit not to sell NBN Co off to the highest bidder, but rather to use the sale as a last-ditch opportunity to restructure Australia's telecommunications market.