Toyota to create a social network for cars 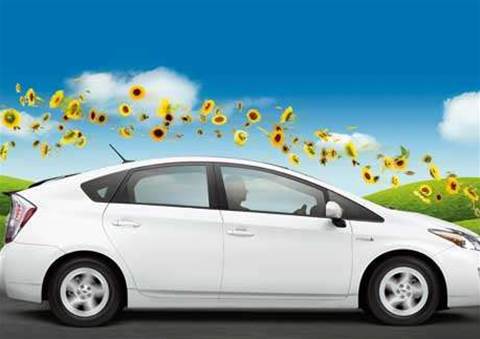 The initiative, dubbed ‘Toyota Friend’, was described at a press event in Tokyo today as a communications service that connects Toyota customers, vehicles, dealers and manufacturers.

Salesforce.com’s Chatter software is a private, Twitter-like service in which users follow not just other users but also documents and discussion groups.

The software will connect the telematics systems being built into Toyota’s latest generation of cars under a joint venture with Microsoft with client computing devices used by consumers (such as smartphones and tablet computers).

Vehicles added to the network can be followed not just on the private ‘Toyota Friend’ network, but also, if a user desires, on external social networks such as Facebook and Twitter.

A vehicle might contact its user when its power is running out and the car is within range of an outlet to recharge, or recommend times when the customer might enjoy off-peak power consumption.

It could also automatically contact the dealer or manufacturer – if the user allowed – when due for inspection under warranty.

Salesforce.com chief executive Marc Benioff met Toyota chief Toyoda at the Detroit Motor Show in January 2011 and pitched the idea to the executive.

“It’s an idea I had when I was thinking about changes in our industry today,” Benioff said. “The car is going to become social. All our products are becoming social.”

He said the network could enable Toyota to spot quality problems and market changes faster. The user might connect with the dealer and manufacturer, he said, to “learn about new features and functions.

The service is expected to be available in Japan in early 2012, and global markets in mid-2012.