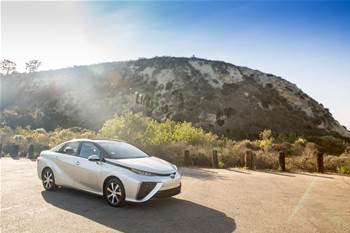 Strategy and architecture manager Simon Dorrat told the APIdays conference this week that current data analytics projects using technology elements such as SAP's HANA in-memory database, Mule ESB and Amazon Web Services were causing IT to rethink how it approached such projects.

"We've always had one way of doing things which was tried and true," Dorrat said.

"Now we've got new tools which provide a radically different approach. We've got to figure out when we use one and when we use the other, or a hybrid of both. And we're going to have to figure out those sorts of things fairly quickly."

Mule ESB - which effectively acts as a transit system for data flowing between enterprise applications - is challenging Toyota IT's thinking on traditional business intelligence architectures.

The company has so far run two projects using Mule ESB. One is a dashboard that shows Toyota where any new car is in its supply chain at any time, while a second project focuses on improving operational efficiency at the car giant's parts warehouses across Australia.

The parts warehouse project replaces whiteboards and noticeboards with 50 screens located throughout the facilities.

Rather than staff manually recording the state of play in the warehouses on these boards every few hours, which Dorrat said is "how it's always been", the screens show that data, which ESB draws together in the background from multiple systems and surfaces.

"Anyone can see at any time exactly what the state of play is," he said.

"And we didn't have to build a consolidated [data] repository to do it, which obviously takes time and money. It was taken directly from that data streaming through [our environment]. Because of that we've been able to turn [this project] around quite quickly."

"That will be where we potentially go to a more traditional model and store it in a data mart, even though [our partner Sixtree] convinced they can do a better job with these [newer] tools. We don't know."

Taking it to telematics

Amazon's cloud is also part of Toyota's data analytics shake-up. The car company has been offering vehicle telematics in Australia since 2003, and has around 75,000 cars on the road equipped with this type of capability.

"We don't actually do a lot with that information currently," he said.

But this was changing. The car company is partnering with Telematics Australia to "look at the current data" set.

"We're working with their data scientists to figure out what value we can get out of it," Dorrat said.

"Part of the purpose of doing this is just to learn about the tools, techniques and approaches. We're using cloud platforms like Amazon Elastic MapReduce to make that happen really quickly."

Elastic MapReduce uses the Hadoop open source framework to crunch large data sets efficiently. If Dorrat's predictions are correct, Toyota will need that kind of backing to deal with the next generation of vehicle telematics.

"The next generation apps will have 50 different datasets, roughly, that we're going to collect," he said.

"Our cars in the future are going to generate - we think - about 25GB of data an hour for every car that's on the road. That's a lot of data, so we have to figure out not only how do we store it but also how to get it into our environment because the telco costs to transmit that are going to be significant."

Dorrat envisions a future where telematics is pushed to its ethical and privacy limits.

"We need to address those concerns," he said.

However, such uses could allow Toyota to predict events that might otherwise cause brand or reputational damage.

"A very big one for us is early detection of issues," Dorrat said.

"That's not just looking at data out of the engine or car that tells us something is wrong. It's matching that with social media - people on forums complaining about something, call centre logs, and service history, to detect a pattern."

That pattern detection could enable Toyota to take "proactive action" rather than being faced with a situation where it has to recall cars over safety concerns. Recalls were "disruptive for customers and very expensive for us," Dorrat said.

"It's also bad for our brand."