Toshiba to offload chip business in wake of accounting scandal 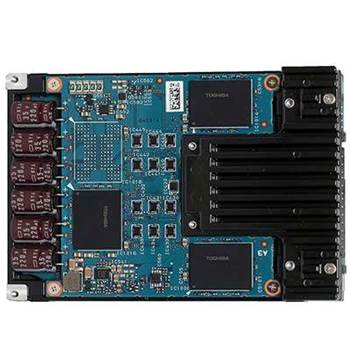 Toshiba plans to sell part of its chip business as it aims to recover from a US$1.3 billion (A$1.86 billion) accounting scandal, according to sources.

The electronics conglomerate has started accepting bids, with early interest shown by the Development Bank of Japan, said the sources, who declined to be identified because they are not authorised to talk to the media.

The state-owned bank has already invested in Seiko's semiconductor operations.

The sale would exclude Toshiba's mainstay NAND flash memory operations, according to two people with direct knowledge of the matter and one person familiar with the discussions.

On the block are businesses that handle system LSI and discrete chips, which are widely used in cars, home appliances and industrial machinery. The loss-making operations posted sales of ¥330 billion (A$4 billion) in the year ended March 2015.

A Toshiba spokesman told Reuters the company hasn't made a decision yet on the sale of its chip operations, while a spokeswoman at the Development Bank of Japan declined to comment.

The firm was engulfed in scandal mid last year when it emerged that officials had overstated its profits by up to A$1.7 billion. In the fall out it has already offloaded key executives, including chief executive Hisao Tanaka, and was forced to sell its image sensor business to Sony.

In the months since, Toshiba has been focusing on nuclear and other energy operations, as well as its storage business, which centres on NAND flash memory chips used in smart phones.

The Tokyo-based company, which is selling off non-core chip operations, plans to invest heavily in its flash memory production capacity in Japan to better compete with South Korea's Samsung.