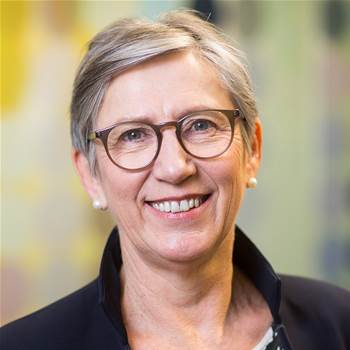 A search is underway for Jones' successor, with an appointment likely by the first quarter of next year.

Jones will return to her native New Zealand to be closer to family.

iTnews understands the new ombudsman's duties will remain the same.

The new ombudsman will also take on numerous major projects including a technology revamp and implementation of a modernised terms of reference.

“Some of the highlights of Judi’s time as leader of the TIO include the coordinated response to Part A of the Consumer Safeguards Review, overseeing the organisation during the rollout of the NBN, and making a case for the TIO to be the Digital Platforms Ombudsman,” TIO Board chair Michael Lavarch said in a statement.

“In addition, Judi has set the TIO up for future success with the business transformation work being undertaken with Project Echo.

"We thank her for her service, passion and commitment and wish her a well-earned rest.”

Jones said she was “proud to work alongside a team that helps consumers and providers navigate the dynamic and evolving telco landscape”.

“We have changed the way we report, overhauled our systemics function, and built trusted relationships with all parties in the telecommunications supply chain," she said.

Jones added “the internal culture we have created, putting our people first, is a legacy that ensures the TIO is well positioned to meet tomorrow’s challenges.”

Jones also thanked her team on LinkedIn, stating it has “been the most amazing experience” and that she is “proud of what the team and I have been able to achieve in the last five-and-a-half years.”

Prior to being Ombudsman, Jones spent just over 14 years as an electricity and gas complaints commissioner and two years as a lecturer at New Zealand's Massey University teaching at the dispute resolution centre.