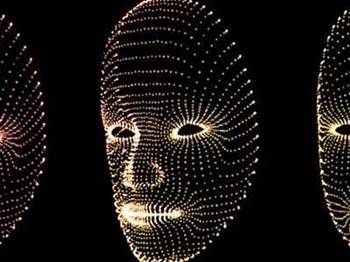 Researchers are developing the so-called "Flyfire" technology at the Massachusetts Institute of Technology.

It involves a large number of remotely controlled, self-organising helicopters that contain small LEDs, which are controlled digitally and act in synch to generate three-dimensional, free-form displays.

The whole system would be choreographed by one central computer, with each pixel equipped with self-stabilisation and networking functionality.

Besides offering an immersive 3D experience, the system would also be scalable to infinitely high resolution, researchers expect.

"One of the advantages of this idea is to have a system that is scalable in real time," lead researcher E Roon Kang told iTnews.

"As we envision the system now, [it] would not have a high-limitation on its resolution."

As the research project is still in its early stages, the researchers are currently able to control "just a handful" of helicopters simultaneously.

To demonstrate its potential, the researchers have produced a computer-generated simulation, showing how the system could depict Leonardo da Vinci's Mona Lisa in 3D.

"The key is that the pixels are flying, thus a group of pixels can transform into an articulated shape," Kang explained.

"So we have another channel of information, the shape of the display, along with its displayed content which is delivered by different colour of pixels."

The researchers currently face challenges in logistics and power management. Charging was an issue, Kang said, although was unable to disclose exactly how much power each pixel would require.

Scaling up was also a hurdle, as flying thousands of devices in sync required "very different architecture" to organising a hundred.

The researchers are planning an art installation based on the Flyfire technology, in which the pixels recharge every few minutes and then perform in space.