"Three strikes" rule for illegal downloads falls out of favour 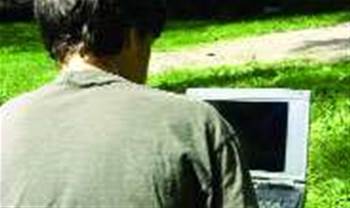 The UK government is reported to be moving away from introducing a "three strikes" policy to combat illegal downloaders.

Representatives of the creative industries wrote to then-culture secretary Andy Burnham demanding the measure be included in the forthcoming Digital Britain report, due to be published on 16 June.

"Three strikes" involves ISPs giving illegal downloaders three warnings before switching off their broadband connection - a policy that has recently been introduced in France.

But cutting people off was not the government's "preferred option", said Burnham - who has now been moved to health secretary in the Cabinet reshuffle - in a speech to a music industry conference, according to the BBC.

Instead, he told the conference, the report will back "technical solutions" as a deterrent – it is not yet clear what such solutions could be, though some industry figures think it could mean blocking users from certain sites or throttling their bandwidth to deter downloading.

The final review was widely expected to back a so-called three-strikes law, which is the option music companies have called for.

But the EU constitution stipulates that internet access is a fundamental human right, and the government is wary of appearing overly heavy-handed.

ISPs have long argued they are mere conduits and should not be forced to "police" information.

Got a news tip for our journalists? Share it with us anonymously here.
Copyright © 2010 Computing
Tags:
bebritaindigitaldownloadsforillegalinnotreportruletelco/ispthree strikeswill