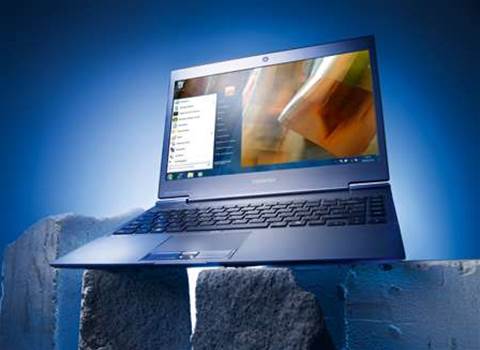 Inside a world of "channel stuffing" and impossible targets.

Tom Scott, a former US executive at Toshiba, remembers his former boss Atsutoshi Nishida as an aggressive leader who could motivate staff but also rattle them with tough sales targets and an occasional dressing down.

"He gave me goals that scared the hell out of me," Scott told Reuters after Nishida resigned as an adviser to Toshiba, along with two other former chief executives in the wake of a US$1.2 billion (A$1.7 billion) accounting scandal.

"Tough as nails, maybe a little like Patton in World War II, but an honorable guy," he said, looking back on his days working for Nishida's PC sales team in the 1990s. "He pushed us really hard, but I learned a lot from him. We all did."

It was this leadership style that propelled the former philosophy student's rise to the top of Toshiba after an inauspicious start as a local hire in Tehran. Now his, and other executives' management style is at the center of questions over how the nuclear-to-laptops conglomerate was engulfed in Japan's worst corporate scandal since Olympus Corp in 2011.

Nishida, Toshiba's president from 2005 to 2009, was at the helm when it began a pattern of "continual inappropriate accounting treatments", an outside panel of investigators hired by Toshiba concluded in a report released last month.

The panel said Nishida, and his successors Norio Sasaki and Hisao Tanaka, pushed division heads too hard with unrealistic targets, prompting the divisions to turn to questionable accounting tactics for seven years until a whistleblower notified the securities regulator in early 2015.

All three former presidents declined to comment through a company spokeswoman.

Accounting problems were discovered in several businesses, including infrastructure projects, semiconductors and TVs. But the PC division was the most problematic, accounting for more than a third of the total inflated profits, the panel found.

Nishida, Sasaki and Tanaka have all denied ordering improper accounting to meet targets. But the panel said the men were in a position to know - or likely know - what the PC division was doing, given their knowledge of operations, reports they received from staff, and in setting targets that could not be reasonably achieved.

The panel found the division engaged in "channel stuffing", a practice where at the end of the quarter it sold a high volume of parts to contract manufacturers at a significant mark up to the price the division had paid for them.

The division subtracted those mark-ups from its costs, boosting its earnings for the quarter. But the problem was Toshiba would later have to purchase the PCs made by its contractors at a price that would include the mark-up on the parts, meaning it was temporarily booking profits in a way that did not reflect the true nature of its accounts.

There are no specific rules banning "channel stuffing" under Japanese accounting standards. However using such transactions to inflate profits can violate the country's financial laws governing the accurate disclosure of financial statements, according to accounting experts.

Japan's Securities Exchange and Surveillance Commission is conducting a probe into Toshiba and may recommend that the country's Financial Services Authority fine the company for submitting false financial statements, people familiar with the matter said. The regulator could also file a criminal complaint, though that is unlikely, they said.

Toshiba said last week it planned to restate its earnings in line with what the panel concluded. The company declined to comment on the possibility of regulatory sanctions.

The panel's 294-page report describes in detail how Toshiba's once highly touted governance structure failed to stop the problems. But it did little to address what investigators say drove Nishida, and his successors, to push so hard on financial targets in the first place.

Reuters interviewed a dozen people who worked with or knew Nishida. From those conversations, as well as a review of past interviews and earnings transcripts, emerges a picture of a charismatic and fiercely competitive leader who wanted to make his mark at Toshiba on the way to attaining the ultimate post: head of business lobby Keidanren.

The Keidanren chairmanship is informally titled "the prime minister of the business world", a nod to its influential position at the nexus of business and politics in Japan.

From Tehran to Tokyo

After finishing his master's degree in 1970 at Tokyo University, where he studied German transcendental idealist Edmund Husserl, Nishida followed his Iranian wife to Tehran, landing a staff job at Toshiba's newly-opened office there.

Toshiba's Iran operations were established by Toshio Doko, who served as the company's president from 1965 and later as chairman before becoming head of the Keidanren.

It is not clear when Nishida first met Doko, but sources say Doko's tough management approach left a lasting impression on him.

Doko had adopted the English term "challenge" to denote ambitious targets at Toshiba, according to former Toshiba CEO Taizo Nishimuro. The panel's report said the term "challenge" was used by Nishida and his successors to push what the panel claims were unrealistic targets, often at "CEO monthly meetings" attended by business division heads.

When Nishida became president in 2005, he made it clear that building credibility with investors was a priority, and saw hitting targets as a means of differentiating himself from predecessor Tadashi Okamura.

Nishida's focus on investors reflected a new era for Japanese companies, which had just started reporting quarterly results and were under increasing pressure from overseas funds to boost returns.

"Since 2000 we didn't clear our annual forecasts even once. We've lost the trust of the market," Nishida told Reuters in an interview at the time.

"I want to start by getting people to trust Toshiba as a company that's solid in terms of hitting numerical targets."