The AEC is building an app for enrolment, polling info 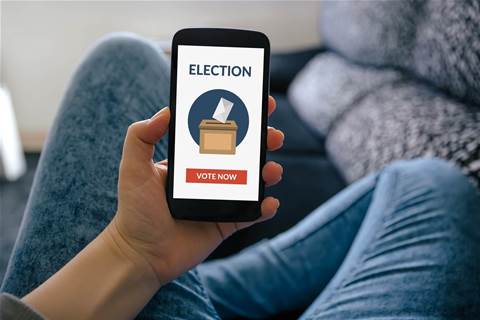 But prospect of electronic voting remains far off.

The Australian Electoral Commission is hoping that when it next comes time to vote, citizens will have no difficulty finding a polling station or working out exactly how long they will be waiting.

The agency is preparing to develop two mobile applications – one for public usage and the other for its election workforce – to provide better access to its services and information.

The public app will allow citizens to check their enrolment status and details of federal, state or local electoral divisions, and use GPS to identify the closest polling station and wait time.

It will also hook into the AEC's tally room API to provide access to results in real-time, and offer ‘voters voice’ functionality to help people with communication difficulties participate in elections.

A separate app will act as a two-way communication channel between the AEC and polling station managers, providing targeted updates and critical notifications from the agency, as well as access to training material.

The AEC has already drafted an API and conceptual user interface design specification in the two years since the project first began, and it now wants help building the apps.

The agency makes no mention of the use of the app for electronic voting, and it remains unlikely that this will change in the short term, as the agency wrestles with ageing IT systems that need immediate rectification.

This is despite the political weight thrown behind electronic voting in the aftermath of the 2016 federal election, when it took eight days to confirm the result.

The agency currently plans to address some of these concerns by reviewing the resilience of its core electoral systems to identify any vulnerabilities that could compromise the next federal election.

It is also unknown if the 'voters voice' functionality will provide an electronic voting facility for disabled and blind or vision impaired citizens, like the NSW iVote online voting system, or simply mimic the service offered thorugh the Victorian Electoral Commission’s Voters Voice app.