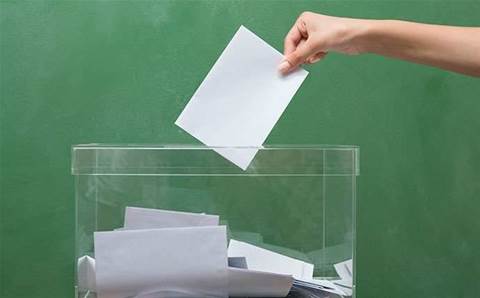 Ageing IT systems and inflexible, outdated legislation pose big risks to the integrity of Australia's federal voting system, a parliamentary committee has found.

More money needs to be allocated to the Australian Electoral Commission to overhaul its core IT environment, which has been in place since the 90s, before the next election, the MPs said [pdf].

The joint committee was asked to look into the 2016 federal election and report back on how the process could be improved, including through new technology.

The committee found that voters were losing confidence in Australia's voting system - thanks in part to the loss of senate ballot papers in 2013 - and its integrity was at risk without additional funding for IT modernisation and legislative changes.

The MPs said the AEC had been forgotten by governments and therefore had not had the capacity to reform.

The agency is experiencing "organisation stress", they said.

"Modernisation of the AEC has fallen behind community expectations. There is significant scope for technology to improve and replace manual handling methods," the report states.

"Voters must have confidence in the election result and certainty that no bias or error has influenced the outcome. Change is now imperative to maintain this confidence and the AEC needs additional resourcing to keep pace."

But the AEC told the committee it doesn't have the funding or legislative leeway to make such transformational changes.

It is needing to spend a significant amount of its current funding just keeping its IT systems operational and secure - especially in light of the recent cyber security incidents within the electoral system in the United States.

"Much of the delivery of elections and the data for monitoring and reporting on that delivery, is reliant on human intervention and manual processes," it said.

"The IT systems, which have been built over a long period of time, are not able to be easily integrated with contemporary mobile platforms and in many cases, will not be supported by vendors in future."

The agency said it would take six years to integrate, test, and deploy a new election management system, but it had neither the "capability, expertise or funding to commence this journey".

"It is critical that funding is made available now to allow the AEC to start this strategic planning in investment in systems, people and processes," the committee wrote.

The AEC has also been grappling with a growing population and changes to how voters engage with the agency - it said the number of pre-poll votes had grown from 5.9 percent to 22.1 percent since 2004.

And the legislation that governs the AEC, the Commonwealth Electoral Act, is 560 pages long and restrictive such that the AEC "cannot easily utilise technology or make changes to procedures" that would make elections more efficient, it said.

It has however been able to make some smaller technological improvements despite current restrictions - like the eReturn portal for online disclosure lodging, online enrolment, electronic scanning of Senate ballot papers, and small instances of electronic certified voter lists.

The committee backed the AEC's cause and said the government should consider additional funding to the agency could invest in these areas.

It also recommended governing legislation be changed to make it more flexible to modernisation.