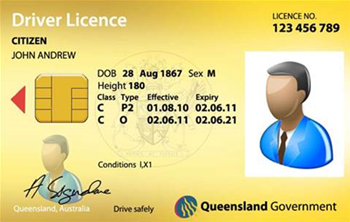 French engineering heavyweight Thales has been tapped to lead the development of Queensland’s digital driver's licence, which will be trialled on the state’s Fraser Coast early this year.

The digital licence app is set to host a number of other digitised official documents including learner licences, photo ID cards, recreational marine licences and vehicle registration, with scope to include access to other online government services in the future.

The app is being built by Thales with input from Brisbane-based app development firms Aliva and Code Heroes, and uses - among other components - Gemalto’s Digital ID Platform and Wallet technology.

Gemalto was acquired by Thales in April 2019 during the tendering process.

The contract with the Queensland Department of Transport and Main Roads (TMR) is the first "major contract award in Australia" that has resulted from the merger of Thales and Gemalto, Thales CEO Chris Jenkins said.

Queensland Transport minister, Mark Bailey, said in September last year planned trials of the technology in Hervey Bay and Maryborough would occur by the end of 2019, but this has since been pushed back to “early 2020”, according to Thales.

The digital licence app was first announced in October 2018 when NSW was still trialling its own digital driver’s licence in select locations, and a year after South Australia introduced its own app-based licence.

However, Queensland’s is being touted as the nation’s first ISO-compliant digital licence, allowing it to be recognised and used in over 18 international jurisdictions including the US, UK and France.

The introduction of digital licences in other Australian states hasn’t been entirely smooth, with some police officers rejecting the IDs in NSW trial locations and overwhelming demand from 600,000 drivers causing temporary outages after an “unofficial” statewide launch in NSW in October.

Bailey said previously that Queenslanders won’t be forced to move onto the digital licences when they become available to 3.7 million drivers in the state later this year, but that the app will be another digital tool to use if desired.

Unlike the NSW version, Queenslanders will also have “complete control over their personal data and the freedom to decide exactly what information to share, with whom, and when,” Thales said.

Queensland has removed addresses from its drivers licences and allows citizens to remove their addresses from their proof of age cards as well as a privacy measure.