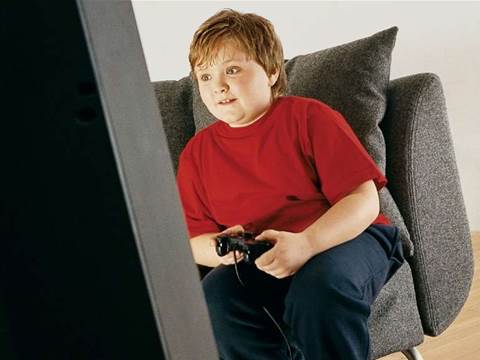 A new study from the University of North Carolina shows if kids use SMS when they are younger they are less likely to become obese adults.

The idea is that if you can get the kids to have better habits when they are younger, then they are less likely to eclipse the sun as they get older. This is where technology can help.

Jennifer Shapiro, who is assistant professor of psychiatry in the UNC School of Medicine and principal investigator of the new study, said that self-monitoring of calorie intake and expenditure and of body weight is extremely important for the long-term success of weight loss and weight control.

Her study, which is published in the November/December 2008 issue of the Journal of Nutrition Education and Behaviour, said that kids are useless at self monitoring.

However if they report their progress via SMS and receive feedback messages in return they are more likely to stick with the programme.

She said that by using this technology, her team was hoping to make self-monitoring seem more like fun to them and less like work.

The study results show that children who used text messaging to monitor their weight had a lower failure rate at 28 percent than those using a paper diary at 61 percent.

In fact, kids that kept a paper diary did worse than the control group which were told to just stick to the diet. Half of them packed it in.
Got a news tip for our journalists? Share it with us anonymously here.
theinquirer.net (c) 2010 Incisive Media
Tags:
keeps kids oddware slim texting