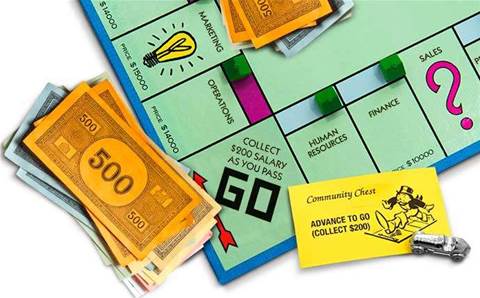 How much would a buyer pay? Are there other bidders?

`Telstra’s unsolicited offer to eventually buy NBN Co has reignited industry speculation around whether the asset can command anywhere near the $51 billion it cost to build when and if it is ever put up for sale.

The topic dominated discussions with NBN Co, the Department of Communications and the portfolio minister Mitch Fifield at senate estimates last night.

All were keen to deflect Telstra’s bid - which has it wanting to combine its new InfraCo business and NBN Co - as premature.

Additionally, there was some argument over whether it would even represent the best sale option, or realise the best price.

Though privatisation of the NBN is a future option, little action has been undertaken to prepare the NBN for that potential eventuality so far, and the department noted that attitude was ongoing.

“We’ve done no work on the market valuation of the company were it to proceed to a sale process,” secretary Mike Mrdak said.

“We have a valuation in the department’s financial statements which reflects the ANAO agreed value of the company based on the rollout that’s now underway, but we’ve done no work on what a market sale price of the company might be.”

Communications minister Mitch Fifield said it was simply too early to be having sales discussions.

“A sale process down the track would determine what the price was that was prepared to be paid for the NBN, but we’re not at that point as now,” he said.

“We don’t know at this stage what would be the circumstances at the time of privatisation and it wouldn’t be appropriate to speculate as to what may be the case in terms of sale price or proceeds.”

NBN Co CEO Stephen Rue refused to be drawn on the issue.

“Speculating on the value of the NBN is something I’m not going to do,” he said.

“What we need to do is finish building the NBN. We need to see how technology evolves and the benefits we’re providing to the economy continues on.

“The value of NBN will be determined one day if and when the government chooses to monetise the value of NBN. Speculating on it is interesting but doesn’t actually provide any help.”

Worth $50bn to some buyers

NBN Co chairman Dr Ziggy Switkowksi, however, outlined a series of potential suitors he believed could be interested in an NBN sale - at a non fire sale price.

“I could certainly generate - and do generate - figures around $50 billion for the value of this enterprise in the early 2020s,” Switkowski said.

“It depends how the privatisation process is configured and the way the business is run in the early 2020s, the outlook for pricing and the commitments that the former owners - in this case the government - might make around regulatory and other matters.”

Switkowski prefaced his commentary by saying he did not “think modelling scenarios for privatisation of NBN at this point are particularly helpful and really should be delayed until we get much closer to the completion of the network.”

However, he believed NBN Co could have multiple suitors, depending on how it was offered to the market.

“Firstly, the network in its entirety may not be the only thing you do when you privatise it. You may segment it differently. You may consider - and I’m not recommending any of these - separating out the fixed wireless and satellite business, or geographically divide it,” he said.

“Who might be an obvious buyer? Some, for example, would say NBN Co has the perfect profile for long-term investors that want to have an assured annuity stream - superannuation funds. Others will say there are parts of NBN that can be merged sensibly with an existing telecom company, and there might be some private equity buyers that take a look and find some parts attractive.

“So I think there are options. I do think that the discussion should await the completion of the network build, and if I was to be asked I think [any sale of the NBN] will happen later rather than earlier.

“The network is not complete. We do not have the customer base we expect to have in the 2020s. The ability to properly value this asset is probably not going to be available to us until the 2020s.”

Switkowksi believed Telstra’s bid to merge InfraCo and NBN Co was likely to be fraught.

“It will have to overcome many regulatory and competition hurdles,” he said.

“There are many issues [to resolve] before the merger of InfraCo and NBN would make any progress.”

A recurring theme throughout estimates was the extent to which the NBN’s value might have to be written down to attract a buyer, if at all.

As the government has previously done with writedown speculation, it was quickly dismissed.

Switkowski said thought an eventual writedown of the NBN asset unlikely, and noted it was not in NBN Co’s control anyway.

“Writedowns are not within the gift of management or the government. They are driven by accounting rules,” Switkowski said.

“The valuation of NBN Co is not a government decision,” Fifield added.

“Accounting standards are followed to determine the value of the NBN and writedowns would only be permitted where that reflected the underlying facts or circumstances.”