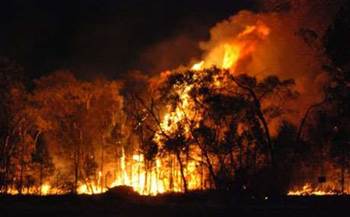 In order to create the new service, called LANES, Telstra has carved out 160MHz of LTE spectrum which will can be dedicated to carrying broadband traffic during emergencies to bypass congestion. The spectrum would include valuable long-range 700MHz spectrum.

The carrier quietly tested LANES at Queensland’s Woodford Festival to see if it was possible to provide reliable service to Queensland Police and emergency services in a rural setting undergoing a sharp but temporary increase in population.

It also tested the system in urban settings during the 2014 Brisbane G20 summit and at the 2015 AFL grand final to assess its performance in a scenario where in excess of 100,000 people would be accessing the network.

Telstra’s public safety and security chief Alex Stefan said these trials had been successful and yesterday announced LANES would become available by December.

The service is primarily aimed at emergency services agencies but could also be made available to any organisation seeking priority access to the carrier’s mobile broadband network.

In order to access the service, customers would be required to order special orange SIM cards.

Telstra is yet to sign any customers for the service but Stefan said that emergency services organisations had shown “extreme interest” in the new SIMs.

Telstra said it was still working through pricing details for access to the service given that demand for capacity among emergency services could be lumpy and seasonal.

Telstra has been on a years-long campaign to get public safety agencies using its dedicated LANES network.

But it has butted heads with the country's police forces, who have long argued for their own dedicated spectrum to run a national mobile emergency services network.

However, the Productivity Commission doused any hopes of a dedicated public safety LTE network in January this year, finding it would cost $4 billion more over 20 years to build such a network than buying services off a commercial provider, like Telstra's LANES.

The Australian Communications and Media Authority's (ACMA) "current stance is to await the government’s consideration of the Productivity Commission’s report on this issue".