Telstra vote a step forward for the NBN 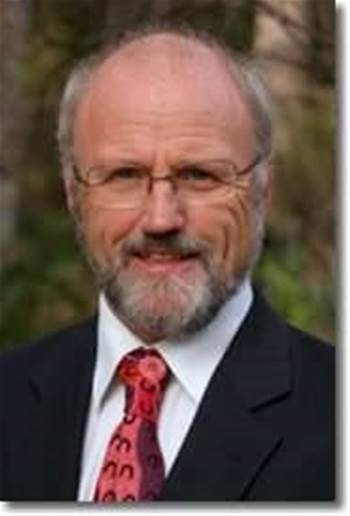 It is amazing to look back and see the progress that has been made since the National Broadband Network was first envisaged – and this despite some very serious obstacles along the way.

And while changes are foreshadowed if the opposition wins the next election, every step forward makes it that much more difficult to wind the clock back.

The importance of the Telstra shareholders' vote is that this company is now committed more than ever to the NBN. This has been an extremely challenging process for Telstra, particularly if one looks back just two years, at which point its previous chief executive was trying – by any means possible – to stop any changes to the monopolistic market structure of the day.

It is important to reiterate that it was this very negative position that Telstra took at that time that led to the dramatic intervention of the Government. Without Telstra's opposition, Australia would most likely have had a very different political and regulatory outcome to its broadband plans.

Since the new CEO arrived, the company has embraced the future. Given that traditional telecoms revenues are rapidly declining and mobile-based revenues are stabilising and even declining slightly, the NBN is a godsend to Telstra.

Along with other incumbents around the world Telstra is well aware that eventually the copper network needs to be replaced.

True, it still has some life in it, but if we look at the peak of steam technology, for instance, trains had achieved speeds of 220 kilometres an hour when the technology was replaced by electricity and diesel.

So Telstra gets a unique opportunity to leave a dying technology behind and move towards a fibre-based environment.

A fibre-to-the-home (FTTH) environment will make the traditional telecoms business models even more obsolete, as many of the basic telecoms services will become completely outdated as they are replaced with digital versions of these products at a fraction of the cost of the old technologies.

Under a structurally-separated market – a model supported by the opposition also – Telstra no longer has any serious interest in basic infrastructure as a growth model.

From now on this will have to be made available on a utilities basis and as such will no longer fetch a premium price; current Telstra shareholders will not be all that interested in such a model.

Telstra has already moved on and is concentrating on new services that will become possible over fibre networks. It has especially staked out its position in e-health.

BuddeComm predicts that as much as 25 percent of future telecoms revenues will come from this market segment alone – and these are all premium services.

Furthermore, the company has aggressively improved its position in the retail market. Both markets will offer significantly more interesting business models than the infrastructure-based ones. Without a vertically integrated business model that market is no longer of the same interest to the company.

With the vote of the shareholders now clearly behind the strategy set out by Telstra management it is very difficult to see the company completely turning around if the opposition were to win the next election and try to wind the clock back.

Telstra's future is now in a totally different direction, with significantly more interesting growth and profit opportunities ahead and without the headache of trying to move from the dying copper technology to the future-proof fibre technology.

There is also no doubt that FTTH is essential for the new business models that Telstra is now pursuing. Services such as e-health, tele-education, machine-to-machine communication (Internet of Things), digital media and e-commerce all require FTTH, not because of its speed but because all of those services require high capacity, low latency, ubiquitousness, affordability, reliability, security and privacy, and none of the other technologies (copper, HFC and wireless) can offer that on a national scale.

Paul Budde is an independent analyst with BuddeCom. This opinion piece was first posted on his website. It is republished here with his permission.