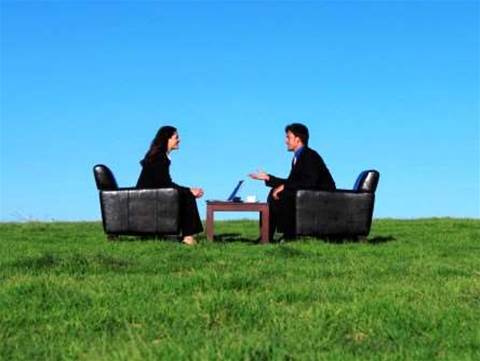 Put through the wringer.

Telstra has been taking new IT employees through five-day long interviews in order to hire a more agile workforce.

It has trialled the interview technique with six people so far, with three of those taken on as new employees.

Telstra CIO Patrick Eltridge today said the telco would extend the program for hiring more broadly across other teams and lines of business.

“It started as an experiment to see if anybody would turn up,” he said.

Eltridge made the comments at the Agile Australia conference in Sydney today.

He said learning to be agile was key. Telstra needed people that were receptive, curious and able to work in a “diverse learning culture”, not just those with years of technical expertise.

“It’s very hard to suss that out in a 45 minutes interview,” he said.

“So what we did is create a five day immersive job interview, and we invited a shortlist of people. One of those people who went through that process said afterward, ‘I don’t know if I’m going to get this job, but I hope I do because if not, you’ve ruined me for any other type of work’.”

Interviewees join a working team doing local field work and are watched for the five days by “metaphorical guys in white coats following them around with clipboards.”

Telstra is now planning to trial the recruitment program with more senior staff, and more broadly outside of IT.

Eltridge said based on feedback he had been forced to revise the five day period down to three for executive interviewees, but did not want to compromise further.

“We made a couple of lead-in interviews to give a taste of what we’re trying to achieve here and why we think it’s important, and I think the people who value that way of working will absolutely sign up for three days. I know I would,” he said.

“It’s a small idea that I think will have some pretty big impacts across the organisation.”