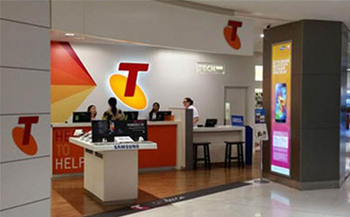 Within the next couple of quarters.

Telstra is anticipating the first enterprise trials of 5G network “slices” that are tuned for specific use cases to begin “in the next quarter or two”.

Group executive for networks and IT Nikos Katinakis told a pre-Mobile World Congress event that Telstra has already enabled 5G standalone - or 5G SA - in its network, allowing it to start experimenting with slicing technology.

Standalone refers to 5G networks that are capable of operating in pure 5G mode, instead of being aided by existing 4G infrastructure, as is the case with most 5G deployments to date - including Telstra’s.

Telstra said its 5G network was “standalone-ready” in May last year, a precursor to it enabling a virtualisation technology called slicing that allows virtual segments of the 5G network to be tuned for specific use cases and differentially charged.

“When we take a slice of a network, what it allows you to do is carve up the network into virtual pieces with different characteristics of every slice,” Katinakis said.

“This is super interesting and important because not only can you price them differently, [but also] by giving them different capabilities you can achieve different objectives.”

Katinakis said that Telstra set up its 5G standalone capability and slicing technology in May this year.

“You’re going to hear not only us but everyone around the globe talking a lot more about 5G standalone and slicing over the next 8-12 months,” he said.

“We are going to start doing some trials with select enterprise customers in the next quarter or two.

“We’re going to see this capability being deployed through these customers as we test with them the use cases that they value the most.”

Katinakis said that the slicing trials would be supported by the arrival of 5G standalone handsets, which are expected in “Q1 or Q2 next financial year”.

Telstra made the announcement as part of a pre-briefing ahead of the Mobile World Congress, which runs this week in Barcelona.

Telstra executives traditionally make the pilgrimage each year, and hold briefings in the city around their advances with mobile technology; however, with lockdowns and travel restrictions in Australia, this year is different, and the briefings were held virtually instead.

Katinakis also said that the telco is working to strike deals with “municipalities” to ensure it can deploy a network of 5G small cells in an expedient manner.

Community opposition to the installation of the cells could cause problems for telcos in their 5G deployments, and particularly the timelines they are working to.

“It is going to require the support of every municipality out there in order to enable these deployments in bulk,” he said.

“If we treat each one of those small boxes the same way as we treat a big tower, you can imagine it’s going to be a really slow and painful process.

“So we have reached out to many municipalities to enable a faster, easier permit and design process that allows us to do this faster.”