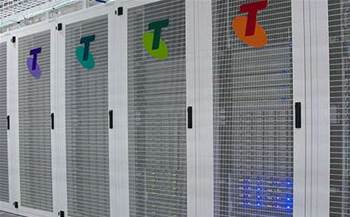 Telstra has revealed the existence of an ‘open telco experiment’ that will combine elements from at least three open source software projects.

The experiment is being driven out of the telco’s CTO office and is being billed as the creation of a “future open reference architecture”.

ECOMP is the orchestration platform that US carrier AT&T created as the “brain” for its own software-defined network. It was open sourced in early 2017 and is now managed by the Linux Foundation.

ONAP - or open network automation platform - similarly falls under the auspices of the foundation. It is the combination of ECOMP and another orchestration project known as OPEN-O.

All three projects can be categorised as being related to software-defined networking (SDN) or network function virtualisation (NFV).

Telstra did not outline exactly what purpose it saw for the architecture it is creating, nor why it needed to cherry-pick elements from a range of open source projects. Additional comment has been sought from a Telstra spokesperson.

However, it provides a glimpse into how SDN is evolving inside the organisation.

Back in 2015, Telstra and its long-term technology partner Ericsson created an internal centre of excellence for programmable networks to explore SDN/NFV use cases.

The work appeared to have been mostly focused on enhancing the core of the mobile network.

NFV is considered a core component of future 5G networks, allowing a single physical network to be split into logical partitions, each of which can then be optimised and targeted for different kinds of traffic and use cases.

Other SDN/NFV activities at Telstra have largely occurred under the programmable network brand.

This is sold as a service to the telco’s business customers. It includes vendor technology from the likes of Juniper Networks and VeloCloud.