Telstra to boost Next G speeds to 21Mbps this year 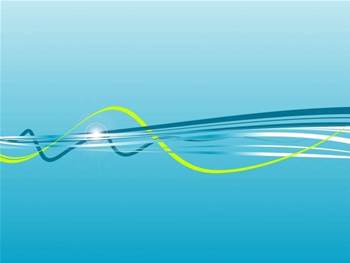 Telstra CEO, Sol Trujillo, has announced that the telco’s Next G network speeds will be super-charged to 21 Mbps in 2008, with further plans to double the figure to 42Mpbs sometime in 2009.

Speaking at the GSMA Mobile World Congress in Barcelona, Trujillo highlighted Next G’s growth over the past year before spilling the beans on plans to increase the network’s speed. Currently, next G customers are able to achieve speeds of up to 14.4 Mbps.

“We have an evolution roadmap with Ericsson which will deliver customers speeds of 21 Mbps in 2008 across our national Next G network - a world first - and 42 Mbps in 2009 using HSPA+ technology. Our partnership with Ericsson continues to break the speed barrier,” Trujillo said.

Trujillo also took the opportunity to announce growth figures for Telstra’s Next G network. He said the percentage of Telstra’s mobile subscribers on 3G was 38 percent at the end of January 2008, marking a growth of 11 percent in the past four months. Telstra expects it to hit between 60 and 70 percent by 2010.

He also announced that during the December 2007 quarter, Telstra’s 3G revenues exceeded 2G revenues for the first time.

“In making our Next G bet, we had to differentiate Telstra in a market that was competing on price with little innovation,” Trujillo said. “Our strategy was to provide customers with high speed wireless broadband backed by 1-click, 1-touch, 1-command simplicity, on any screen, in real time. It was to integrate content seamlessly across different devices, for voice, data and video.”

Next G is being positioned as the successor to Telstra’s CDMA network which services rural customers. The CDMA network is due to be shut down in April this year.
Got a news tip for our journalists? Share it with us anonymously here.