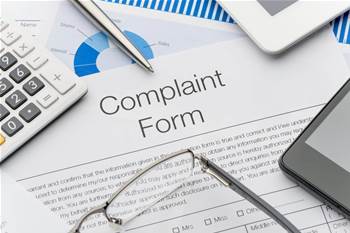 ASX-listed mobile marketing and carrier billing company Impelus has promised to take Telstra to court over its decision to stop allowing subscription-based content providers to charge for their products from the telco's bills.

Last August Telstra advised it would no longer allow third-party subscription billing from within its customer bills due to abuse of the practice that saw customers hit with random charges for services they didn't intend to purchase.

Fellow telcos Optus and Vodafone have taken the same approach in recent years. The three telcos all still allow one-off third-party billing for things like TV voting and charity donations.

However Impelus - which until December was known as Mobile Embrace - has claimed Telstra's decision breached the company's rights and could cost it up to $680,000 in lost sales.

The ASX-listed firm said it had attempted to resolve the issue with Telstra "without success", leaving it with no option other than to "seek injunctive or expedited relief".

"Impelus' strong position is that Telstra has a continuing obligation to provide it with the services after March 2 2018," CEO and managing director Neil Wiles told investors.

"The company is extremely disappointed with Telstra's decision after having shared such a long and successful relationship [in direct carrier billing] for more than four years."

While the company considers its direct carrier billing operations "non-core" to the business - and has been cutting costs in that division and focusing more on digital performance marketing - Impelus said Telstra's decision would have a "material impact" on its 2018 earnings.

"Telstra has made the decision to exit premium direct billing (PDB) services with a focus to improve the customer experience," a spokesperson from the telco said.

"Telstra disagrees with the assertion that we are not entitled to exit the PDB service as Impelus suggests and we intend to strongly defend any proceedings.”