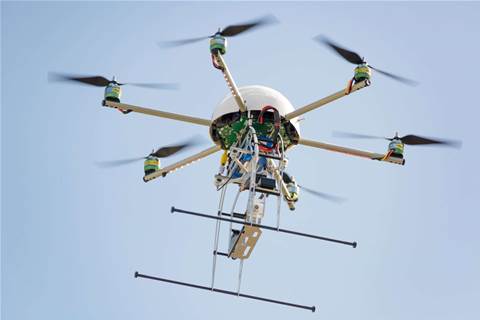 Aim to smooth path for drones into skies above smart cities.

The four organisations said Sunday that the low altitude airspace management (LAAM) technology had at its heart a Thales system that is already used in US airspace, such as New York.

The trial also involved the use of cellular connectivity from Telstra, “operational expertise” from drone operator AUAV, and the skies above Geelong.

“We’re looking to solve aerial connectivity at lower altitudes than regular aviation, such as command and control and airspace awareness,” Telstra’s group owner of incubation and excellence Gianpaolo Carraro said in a statement.

“Our ambition is to be an integral player for the industry, supporting safer and secure low altitude airspace equality.”

Thales Australia CEO Chris Jenkins added that the trial “has proved that the technology is there to support drone users perform their missions in an orderly, safe and timely manner, helping to safely unlock their full benefit.”

The organisations said that increased drone use in smart city environments depended on being able to run them in low altitude airspace safely, putting “people first [while] providing benefit to the community.”

“A [drone] traffic management system will achieve a safer community by improving regulation, accountability and transparency of flights while mitigating privacy violations by ensuring pre-approvals for all flights including flight path, pilot and purpose,” they said.