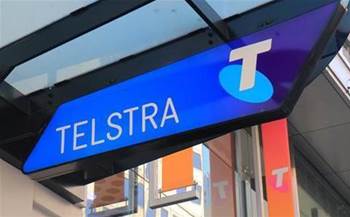 Telstra has partnered with six educational institutes - five local and one in India - to jointly develop skills and capabilities needed to power Australia’s (and the telco’s) future workforce.

The partnership with the universities in Melbourne, Sydney and Hyderabad is set to focus on areas deemed as critical skills shortages such as network and software engineering, cyber security, and data analytics.

The memoranda of understanding between RMIT University, University of Melbourne, UNSW Sydney, University of Sydney, and University of Technology Sydney appears to play into the carrier’s massive staffing overhaul, which seeks to eliminate 9500 roles in favour of 1500 new positions with a focus on building novel capabilities in the organisation.

Part of the strategy is also to offshore a large portion of the new hires, which may be why India’s Mahindra Ecole Centrale College of Engineering was included in the spate of MOUs.

Under the agreements, which have a minimum term of two years, Telstra will collaborate with each university to provide input into curricula, industry placements and integrated work experiences, as well as research and innovation opportunities.

Each university is set to build on the partnership in its own way, with UTS deputy vice-chancellor of innovation and entrepreneurship, Professor Glenn Wightwick, saying his uni will work with Telstra to further its expertise in 5G, the internet of things and data science research.

“Beyond internship opportunities and graduate roles across all our disciplines, this partnership will be a vehicle to bring Telstra into our campus and classrooms through industry challenges, guest lectures and build awareness of Telstra as a future employer of choice for all students,” Wightwick said.

Telstra CEO Andrew Penn said in a statement that the investment in the education space aims to provide clarity on the skills the company needs and provide more opportunities for students to develop them.

“Today, we cannot find enough of the skills we need in Australia on the scale we need them.

“This is not a challenge unique to Telstra, with an estimated shortfall of 60,000 skilled ICT workers in Australia over the next five years,” he said, referring to the oft-cited report from the Australian Computer Society.

Wightwick added that the relationship between the higher education sector and the telco will also be an opportunity for the telco to upskill or reskill its existing workforce.

Telstra said it plans to invest “around” $25 million dollars in the current financial year on employee training initiatives with the expectation that 10 percent of its workforce will develop new skills to meet the organisation’s changing needs.