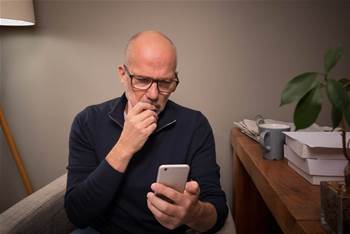 Telstra said it is blocking up to half a million scam calls on its busiest days using a new automated platform, part of a “double down” of a broader crackdown effort against scams that transit across its network infrastructure.

“We’re sometimes blocking up to 500,000 calls a day before they can potentially defraud our customers, which is a huge increase from the 1 million plus scam calls we were blocking on average per month previously,” he said.

“This is why we’re announcing today that we are doubling down on efforts to address scam calls and are now blocking around 6.5 million suspected scam calls a month on average from reaching end customers.”

Penn said the telco is doubling down on an initiative it calls cleaner pipes, which it launched in May last year.

Penn said the automating blocking of scam calls “is no mean feat”.

“Our networks team has built a smart platform that enables us to monitor inbound calls on our network that have suspicious characteristics, and block them before they can ever reach our customers,” he said.