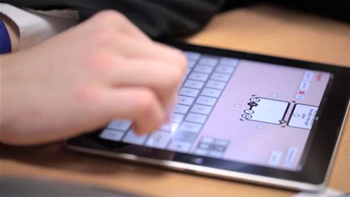 Base bandwidth to climb to 2 Mbps from early 2021.

Telstra will deliver a significant bandwidth boost to Western Australia’s public schools under a $130 million extension to its existing telecommunications deal with the state government.

Education and Training Minister Sue Ellery announced the internet upgrade for 766 public schools – or around 94 percent of all public schools in the state – on Friday.

It will see the base bandwidth for every student and staff member climb from 100 kbps to an average of 2 Mbps from early 2021 – a twenty-fold increase on existing capacity.

For schools in some regional areas, however, the boost could result in “bandwidth increases of up to 200 times”.

“This agreement means more than 97 percent of public schools will receive an average bandwidth increase of more than 20 times, with many receiving much higher increases,” Ellery said.

“It will provide modern and immersive learning opportunities for students and bring equity in bandwidth between metropolitan and regional schools and their communities.”

More than 200 schools are set to receive the upgrades by April 2021.

The planned upgrade follows a surge in demand for online learning materials that began even before the pandemic took hold.

“Student demand to access learning materials online has more than doubled over the past 18 months,” she said.

As part of the deal, Telstra will also spend $30 million upgrading local exchanges and backhaul capacity, particularly in regional towns, at “no additional cost to the Department of Education”.

The government said this would benefit the entire local community, as well as other government agencies.

“We’re thrilled to be working in partnership with the [department] to help ensure that all students will have access to the amazing learning opportunities that quality, high-speed connectivity delivers,” he said.

The department is continuing to work towards improving the telco services in 23 very remote schools that still rely on satellite-based services.

The WA deal comes just months after Telstra scored a $328 million deal with the NSW government to upgrade the fibre network that serves the state’s public schools.