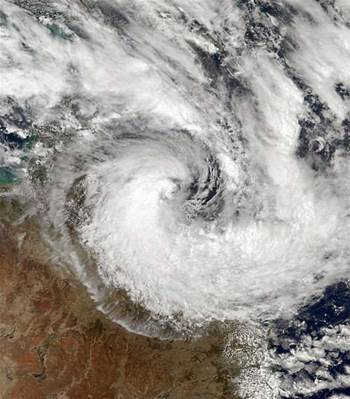 Telstra has revised upward the number of damaged fixed line services in North Queensland to over 10,000 after a more complete assessment of the aftermath of January's Cyclone Dylan.

The telco had initially advised of about 4900 services that were out as a result of the category two storm, which made landfall south of Bowen on January 31.

These were to have been fixed by the end of February, although Telstra said at the time this could change once a full damage assessment had been carried out. (pdf)

That assessment is now almost complete and has forced Telstra to more than double the number of impacted services and push out the rectification date to March 21.

"Due to the extent of damage to the Telstra network, the impact in the affected region has been greater than initially estimated, and as a consequence of the continued weather effects, the expected recovery date has now been extended," the carrier said in a new advisory. (pdf)

The addition of 5200 services to outage numbers means the total is now "approximately 10,100", though Telstra warned further revision of that number is still possible.