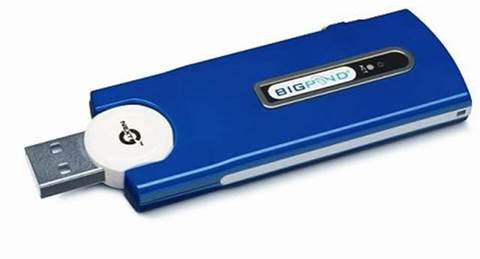 Telstra has raised the stakes in the prepaid battle by introducing a wireless broadband recharge option with "up to" 10 GB of mobile data, valid for a year.

The $150 10GB recharge puts Telstra in competition with the likes of Vodafone, which offers 12GB for the same price and expiry period.

Telstra has announced it will charge per megabyte for the product - following Vodafone's lead. According to its most recent product announcements, Optus charged customers in 10 MB increments.

iTnews reported last month that the new prepaid wireless broadband plans would be the first by Telstra to drop per kilobyte charging, instead adopting a per megabyte charge for data.

While Telstra's old prepaid wireless broadband plans offered a concrete data quota, the new plans denoted that the quota was "up to" a specified amount - a result of the new charging model.

A Telstra spokesman told iTnews last month that "usage is recorded per session, not per download, and this change will bring us in line with the market."

According to a carrier website, the average text email size was 6 Kilobytes "for the initial view".

If a prepaid user initiated a session only to check one email of 6 Kilobytes and then logged out, they would still be charged a megabyte of data.

Likewise if they checked 20 emails - 120 Kilobytes -  and logged out, it would still cost them 1,024 Kilobytes of data quota.