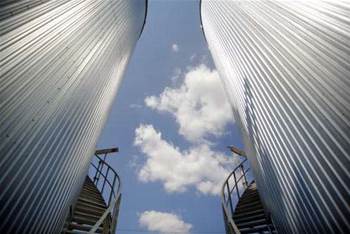 Telstra says advice it has received from the Department of Communications suggests broadband tax laws will be pushed through parliament in their current state, with any lack of clarity left to regulators to navigate after the fact.

The telco wants the government to apply the tax to “services in operation” - a commonly used industry term - rather than to “premises” as the legislation currently stands.

While residential addresses usually only have one service per premises, Telstra argues leasing arrangements in commercial buildings make it harder for telcos to work out how many “premises” there are for the purpose of applying the tax.

“You generally have one access line to one premises with one customer with one broadband service,” he said.

But in commercial buildings, "an end user may have multiple broadband services delivered to a single premises or multiple adjacent or non-adjacent premises,” Cook said.

“There may be several distinct access networks daisy-chained to bring the broadband service to the end user.

Cook said that if enterprises are to pay the broadband tax, what constitutes a “premises” needs to be clearly defined.

“We would need to know exactly how many premises they had on a monthly basis, and 'premises' itself is not defined in the legislation,” he said.

“Is it based on a particular set of leasing-arrangement facts or something else?

“It would need to be laid out. I don't know how your average business or organisation would be able to deal with that if there weren't very clear guidance.”

Cook indicated Telstra had been in long-term discussions with the Department of Communications on the issue, resulting in some minor changes to explanatory notes accompanying the legislation.

However, Telstra has since revealed that the legislation is likely to go before parliament with “premises” left undefined - and it will be up to regulators after the fact to “clarify” and then police it.

“The Department has indicated that, to the degree there is a lack of clarity in the way the tax is to be applied, the ACMA [Australian Communications and Media Authority] will have a role to play in providing the necessary clarity,” Telstra said.

“In Telstra’s view it is unreasonable for a tax to be so unclear in its application that the drafters foresee an ongoing need for clarification by a regulatory agency even after the tax has taken effect.”

After years of delay, the government is hoping the broadband tax - called the regional broadband scheme or RBS - will be passed and in place by July 2020.

Money it collects will go towards the future costs of NBN Co's fixed wireless and satellite networks.