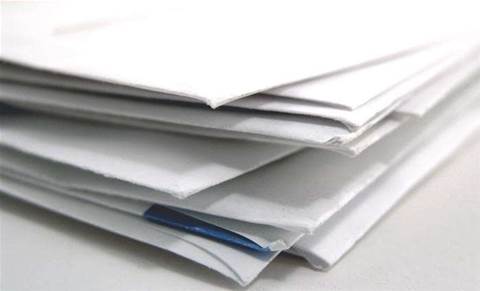 Telstra has begun negotiations to host Australia Post's planned digital mailbox offering on its cloud infrastructure, in a move reminiscent of the two companies' history as a joint body.

A memorandum of understanding between the companies would see them nut out the final details of the hosting agreement, which could also see the telco take on a managed service provider role for unspecified hosting arrangements underpinning Australia Post retail stores.

A spokeswoman would not reveal further details on the services ahead of a final agreement.

"We are working on a final agreement to have Australia Post host its Digital MailBox on our cloud platform," they told iTnews.

Telstra and Australia Post were initially a single government body, the Post-Master General, prior to separation in 1975.

Set to launch later this year, Australia Post's digital mailbox aims to replicate its monopoly on post on the internet by providing a central repository for important mail and bills.

It is one of a bevy of digital products Australia Post has planned, joining traditional verticals like finance in harnessing new consumer technologies to better engage customers.

Commonwealth Bank has announced a similar, secure lockbox for its customers, allowing them to store up to 1000 files on its servers, without defining a storage limit.

Australia Post said it would also offer the ability for users to "upload and easily find important documents".

"All customer information will be stored in Australia and its security backed by two of Australia's longest running and most trusted companies," said Ahmed Fahour, Australia Post chief executive and managing director.

While not yet launched, Australia Post's digital post service already has a rival in the form of a joint venture between Salmat and Computershare.

Australia Post's attempt to prevent the launch of this rival service under the name Digital Post Australia, was thrown out of court in April this year ahead of a final hearing on potential trademark infringement.