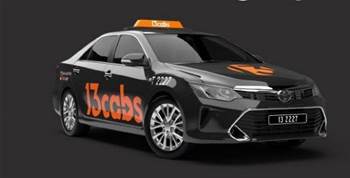 But taxi giant's fight against Uber returns A2B to profit.

The cost of Telstra’s infamous two day machine-to-machine (M2M) connectivity outage that hit eftpos and other payment systems has stained the books of Cabcharge’s parent A2B, with the company telling investors the bungle cost it $5 million in “taxi fares unable to be processed”.

The loss in turnover was revealed in A2B’s half yearly results, taking some of the gloss off the taxi giant’s return to profit spearheaded by a digital fightback against Uber and similar services.

A2B clocked-up a respectable $520.9 million in fares processed, a figure that was shaved down from $526 million by the $5 million proforma adjustment.

Despite the hit, A2B booked a $5.5 million net profit after tax for the half year ended December 2018, up from a loss of $5.1 million from the previous corresponding period.

Abnormals aside, there are signs that A2B and Cabcharge are returning to form in the wake of the great disruption and the passing of taxi patriarch Reginald Kermode in 2014.

The big hope for a return to fixed fares as opposed to the floating price structure run by Uber is the penetration of apps and mobile payments that are now being extended across Cabcharge accounts and the 13cabs brand.

A major component in the return to growth push is developing and using technology that can integrate with corporate expenses, travel and entertainment management platforms that allow employers to far more tightly control costs and limit overuse by staff.

The main thrust there is Cabcharge Digital Pass and Digital FASTCARD products that replace paper and plastic vouchers and can be preset with a myriad of rules and controls.

Aside from payments processing, A2B also contains Mobile Technologies International (MTI) that provides booking and dispatch platforms and services and is regarded as a strong contender for exports and growth in overseas markets.

According to A2B’s technology update, the company’s consumer-facing app has now had more than 2 million downloads, helping it to maintain a core market as a personal transport service of choice for consumers.

At the same time, A2B is linking in to non-bank payments providers like Apple Pay and Google Pay acceptance, both of which are now live.

The next stage of the evolution is pushing into machine learning and IoT to optimise and grow the business, a push that is being executed by 11 agile teams, A2B said.

Taxis will also be likely moving from custom made navigation systems to tablet-based terminals with A2B telling shareholders MTI is now trialling new devices and software.