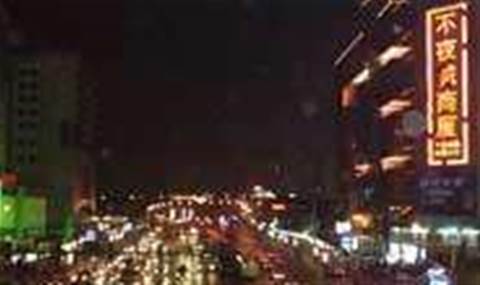 But switch to e-tickets causes confusion.

China's largest online travel agent is Ctrip, which reported revenue of US$26m in the third quarter of 2006, up 47 percent year on year.

Thomas Kwon, an analyst at Tokyo-based Daiwa Institute of Research, said: "We expect Ctrip to benefit from an increase in online transactions for tour reservation services, driven mainly by rising personal incomes, price competitiveness, the Beijing Olympics, and the expansion of its service platform."

China's online travel market is dominated by two local firms, Ctrip and eLong. Ctrip attracted approximately 2.3 million travellers in the third quarter, roughly twice as many as eLong, according to data supplied by analysts.

A government-mandated changeover to paperless ticketing is expected to give a tremendous boost to China's online travel industry.

But while officials believe that it will save the industry and passengers US$3bn per year, the move has actually hurt sales and profits at online agencies in the short term.

The China Air Transport Association stopped providing paper flight tickets in mid-October, but many passengers, airports and airlines were unprepared for the move.

"Many airports and airlines are unable to print the new one-page receipts for e-tickets that travellers use to get a refund from their companies," said Deutsche Bank analyst William Bao Bean in a note to investment banking clients.

"As a result, many travellers are going to traditional agencies that have paper tickets left over in inventory.

"Ctrip has little or no inventory of paper tickets left, and must bicycle messenger a receipt to the buyer, raising costs and creating confusion and inconvenience for customers."

The ticketing problems are seen as a unique short-term issue. Ctrip's margins will rebound in the fourth quarter, Bao Bean predicted.

Daiwa's Kwon added: "We believe that the e-marketplace outlook for online tour reservations and digital content remains robust, given the ongoing channel shift to online from offline."

Despite a new and increasingly attractive market, Ctrip and eLong have faced little challenge domestically this year.

While numerous competitors are now beginning to emerge, Bao Bean believes that the travel aggregator market is not a "zero sum game", and that the two companies still have a considerable lead as new entrants will find it difficult to build up hotel partners offering guaranteed allocations quickly.

Got a news tip for our journalists? Share it with us anonymously here.
Copyright ©v3.co.uk
Tags:
bookings boost china finance olympics online to travel