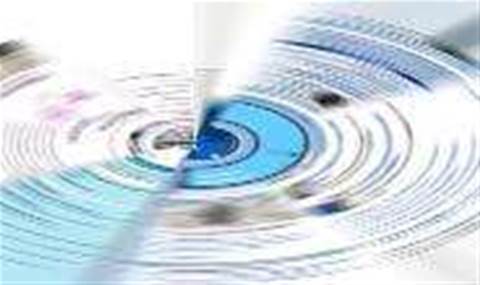 Telstra has proposed a radical way to introduce price competition on monopoly backhaul transmission routes by having the Government buy ’spare’ capacity from them and resell it, effectively subsidising the incumbent’s access fees.

In its submission [PDF] to the $250 million broadband blackspots scheme, Telstra concentrated on persuading the Government not to allocate money to projects that duplicate existing fibre links.

The telco said that introducing competition on routes in the form of duplicate links could actually increase the cost of broadband services in those markets.

"The proposal for duplication is well intentioned, but it is unlikely to address underlying economic issues," Telstra said.

"In many cases, reductions in the price of transmission to a provider are unlikely to alter the economic fundamentals that make it difficult to sustain a business case for commercial investment in these small markets."

Additionally, Telstra said that duplicate links could damage the transmission market by stifling future investment in them.

"On some regional transmission routes, upgrades are likely to be marginally economic for one provider; which means that with duplicate infrastructure, it is likely to be uneconomic for either of the two providers to upgrade their services in the future," Telstra said.

The argument against duplication appeared to win provisional support from another of the failed NBN RFP bidders, Axia NetMedia, albeit for different reasons.

"The value of the step change that is achieved by going from a blackspot to a connected community is far greater than that obtained from providing redundant links," Axia said in their own submission [PDF].

"While we do not minimise the value of redundancy, it can be left to the NBN to provide, so that this [blackspots] initiative can have the greatest impact."

Telstra proposed a number of ‘solutions' to the backhaul problem. These include using the $250 million to fund ‘extensions' or capacity expansion on existing links.

But the telco also suggested that introducing backhaul competition could be as simple as buying wholesale capacity off Telstra (or another provider) and subsidising it for other access seekers.

"On many low-volume regional routes considered for duplication, there is existing spare capacity in the transmission network or the network could be readily and cost effectively upgraded to provide additional capacity if required," Telstra said.

"There is potential for the Government to provide lower transmission prices by either purchasing capacity from Telstra's existing network and reselling it at a subsidised cost to access seekers, or by acting as a demand aggregator and negotiating on behalf of interested access seekers."

Telstra said it had negotiated "in the past" and was still open to negotiating long-term access to its transmission network "as a cost-effective alternative to duplication [of the assets]."

But it also made the case that lack of Australian Competition and Consumer Commission (ACCC) intervention in setting current transmission prices indicated the prices were reasonable.

ISPs and other service providers have long complained that backhaul pricing is the only thing that prevents them from rolling out DSLAMs into more exchanges. AAPT and Primus make the argument in their own submissions.

"AAPT considers that prices for backhaul transmission services in these regional centres are excessive."

That argument is refuted by Telstra.

"The wholesale transmission service is subject to open access regulation on routes where there are fewer than three transmission providers with optic fibre infrastructure," Telstra said.

"If commercial access negotiations fail, the ACCC has the power to arbitrate.

"While there has been much public comment on transmission prices in regional Australia, there has nevertheless been a high degree of commercial agreement on the pricing of the service.

"To date, the ACCC has not been required to make any transmission pricing determinations due to the high level of commercial agreement reached on the pricing of the [Telstra] service."