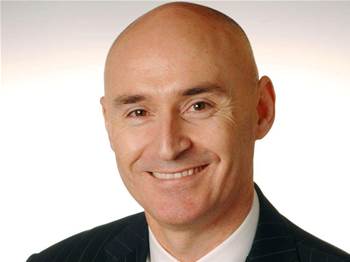 Telstra is again shaking out its executive ranks with chief operating officer Michael Rocca and public policy director David Quilty the latest to leave the telco.

Rocca, who spent 43 years at the company, will leave Telstra at the end of next month after overseeing the rebuild of Telstra's network in flood-ravaged Queensland and Victoria.

He will be replaced by former IBM Europe executive Brendon Riley (pictured).

Rocca was flagged to leave Telstra last March after a management shake-up left him acting chief operating officer, a role he assumed late the previous November.

But the appointment was confirmed permanent last May.

A month later, Rocca started merging Telstra's IT and network teams as part of an "integrated strategy for managing network and data centres within Telstra Operations".

Quilty was a regular speaker at telecommunications conferences on regulatory issues that Telstra faced.

Fegan will lead the new strategy and corporate services unit from next month, which incorporated the public policy unit.

He will continue to "advise Telstra on its program of customer service improvements" – a key part of his role when he joined in November, 2009.

Shake outs have been a fact of life at Telstra since David Thodey became its CEO in May, 2009.

Kate McKenzie also earned an expanded role as chief marketing officer, as did Nason, who assumed "responsibility for corporate strategy, mergers and acquisitions, and the Program Office" – functions he now hands over in part to Fegan.