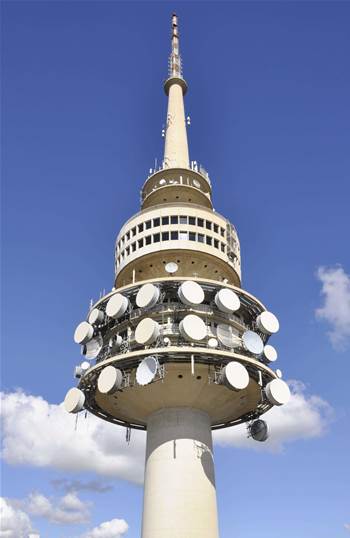 The high capacity radio concentrator (HCRC) networks were first installed as a replacement for older radio equipment in 1999 and currently provide approximately 17,000 individual services to 9000 customers.

The carrier told communities in Western Australia and Queensland in 2009 of its plans to dismantle the networks and replace them with voice services delivered over Next G or copper.

It acknowledged at the time that the technology had become obsolete and prone to outages or unreliability.

But a Telstra spokesman told iTnews this week that there were now “no plans to discontinue using these networks".

The equipment would only be replaced at end-of-life, according to Telstra director of network and commercial planning Anthony Goonan. He could not provide any firm timeframe as to when that would occur.

The reversal has angered local councils, which fear their constituents will be shunted onto satellite telephony services should the HCRC networks fail altogether.

“I can see the writing on the wall - if that equipment becomes obsolete or unserviceable and the only option is there’s not enough backhaul in these areas is we end up with a satellite phone and all of the latency issues that comes with that,” Barcoo Shire mayor Bruce Scott told iTnews.

About 600 residents in Budeira, which sits in the neighbouring remote Queensland shire of Diamantina, endured a six-day outage of phone services this week due to a faulty HCRC antenna that required physical replacement by technicians.

Diamantina mayor Rob Dare told iTnews the outage was proof of constant warnings over the years that the system had reached its use-by date.

“There’s no alternative in place and they [Telstra] don’t seem to be doing anything about it,” he said.

“They won’t be able to replace it with anything overnight. All we can do is hope they can find the parts and keep patching up this HCRC system.”

Bruce Scott said Telstra had effectively been cannibalising the HCRC network to service the remaining active areas, due to the dearth of parts.

Scott, Dare and other mayors in their area of Queensland have pushed a $24 million proposal to build fibre backhaul and ultimately FTTH connections to towns.

The proposal would be co-funded between the councils, the Queensland Government and the Federal Government but negotiations with the latter are ongoing.

Though the fibre proposal has previously been targeted at providing a first tier broadband service, Scott said the councils also hoped to provide an alternative to the satellite telephony service they would most likely receive once the HCRC network dies.

Telstra had planned to replace the decade-old HCRC networks with phone services based on a connection to the Next G mobile network or with copper services underpinned by microwave backhaul.

In correspondence from Telstra Country Wide managers during 2009, and seen by iTnews, affected communities were told the carrier would begin to retire the networks from May 2009, completely disassembling the network a year later in 2010.

The company told communities that it would replace the networks “to reduce outage risks and maintain service reliability” of the phone services Telstra provides under its universal service obligation arrangements.

The managers said that “key components” of the fixed radio access network were no longer manufactured and that services on the network would "start to experience increased fault rates as the platform ages and replacement parts become impossible to source”.

The 2009 correspondence from Telstra pointed to the services forming part of its universal service obligations, a case that is likely to continue for some time.

Under arrangements inked as part of its $11 billion agreement with NBN Co and the Federal Government, Telstra will retain those obligations to provide standard telephone services to all Australians for at least the next 20 years.

This includes migrating voice-only customers to the National Broadband Network in fibre-serving areas while retaining its copper network in the seven percent of premises covered by fixed wireless and satellite areas.

However, the USO arrangements do not specify whether Telstra is required to use copper or a more reliable technology than its fixed radio access networks in areas where the copper network has not or does not currently exist.

A spokeswoman for the Department of Broadband said that under the revised USO contract Telstra would be "required to ensure standard telephone services are reasonably accessible to all Australians on an equitable basis".

"For those premises that do not currently have access to a copper service, Telstra must still continue to provide a standard telephone service," the spokeswoman said.

A revision of the USO arrangements is slated for 2018 but will not come into effect until 2022.