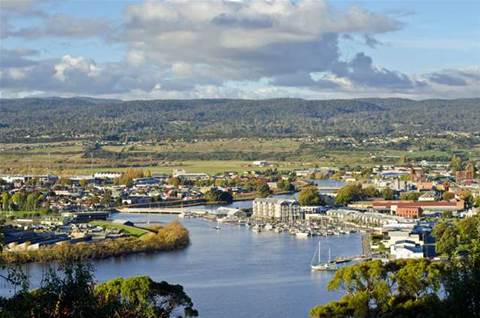 Telstra has been brought into the redevelopment of Launceston as a smart city with a new government partnership centred around internet of things (IoT) adoption.

The telco said today it had “entered into a smart city partnership with the Tasmanian state government, the federal government, several local councils and the University of Tasmania to develop and trial new IoT solutions and drive the uptake of IoT in Launceston.”

“Under the agreement, an IoT lab will be established in Launceston and Telstra will support the creation of a Tasmanian agricultural technology start-up accelerator,” it said in a statement.

“The [state] government’s got a major redevelopment happening in Launceston,” he said.

“This is very much part of that overall project and they’ve come to us to help them really do that redevelopment in a very digitally-enabled way.”

Launceston is currently the subject of a five-year plan - spanning 2017 to 2022 - to make it “one of Australia’s most liveable and innovative regional cities.”

It has $7.5 million in federal funding for the smart city push - as well as contributions from the state and elsewhere.

On the IoT front, the city is already home to a community-based, open access LoRaWAN network, which covers a 25km swathe of the area.

The low-power wireless network was initially targeted at powering sensors “to measure such things as water levels, temperature, moisture, movement, or be used to remotely control equipment.”

However, it appears Telstra will use its own low-power wireless network for its IoT engagements in the city.

In addition to announcing the smart city partnership, Telstra said today it had switched on a NarrowBand IoT (NB-IoT) network in major capital and regional cities across Australia.

Penn did not give much away about where Telstra will initially focus its efforts in Launceston.

He said the city was looking at “the obvious areas” for smart technology, which he said included smart metering, traffic management and waste management.

“That’s one of the things we’re working with them at the moment is [to] provide them with the core infrastructure platform, and then help them to think through what are the business cases and where can they prioritise those investments,” Penn said.

“The next phase will be building that into the overall city redevelopment project which is at a relatively early stage.”

Denholm believed the Launceston partnership could be replicated elsewhere in Australia.

“It’s a good example of what can happen when the connectivity’s there, the ecosystem starts to happen, and then the partnership with some of the regional governments happens as well,” she said.

“The other part of this is an incubator strategy to encourage local entrepreneurs to work through developing new devices that can be used on the network and in real use cases with the government in Launceston.”

Penn said that after years of talk, IoT is finally approaching “realisation”. He cited this year’s CES event, where large numbers of consumer-based IoT devices were on display.

“It’s been talked about conceptually for a long period of time but you’re really starting to see the bringing together of some significant applications and use cases,” he said.

“A lot of the stuff is going to be superficial and ultimately not very practical but the underlying tech innovation that’s driving it is going to be pretty significant.”