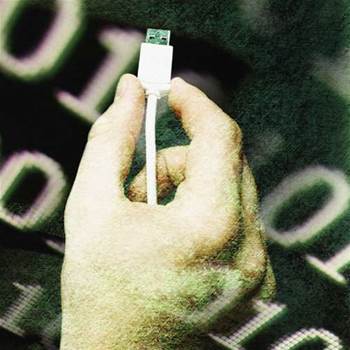 Steps up battle by taking it public.

Telstra has stepped up its battle against potentially being forced to offer Naked DSL services on a wholesale basis, arguing that meeting the requirement could hurt the National Broadband Network.

The Australian Competition and Consumer Commission (ACCC) has considered requiring Telstra to wholesale Naked DSL to ISPs since July.

Telstra does not currently offer Naked DSL services on a retail or wholesale basis, although it has trialled retail services for about two years.

In a submission to the ACCC's wholesale ADSL inquiry last week, Telstra challenged the regulator's power to force the change through a final access determination regime (pdf).

Telstra took a harder line against the proposed change, publicly arguing that the ACCC could be overstepping its powers in pushing for wholesale Naked DSL.

It did not mention remedies that it might lean on should the ACCC continue on its current trajectory.

The incumbent carrier built on an earlier argument that being forced to offer Naked DSL services on a wholesale basis would "require significant redesign of Telstra's internal systems and network topology".

"The deployment of the NBN means that system and network changes would be required to be undertaken as Telstra is attempting to migrate services to the NBN and transition from the legacy copper network," Telstra argued.

"If Telstra were required to divert operational resources, engineering funding and management oversight to develop new Naked ADSL services ... it may impair the management of the NBN migration and its progress on the development of NBN-based services."

Telstra said being forced to invest in changes to the way it offered DSL on a wholesale basis was unreasonable because the "deployment of the NBN will ... reduce the available payback period for any mandated investment requirements".

A clear source of frustration for Telstra was the ACCC's characterisation of wholesale ADSL services as being a "bundle" of a DSL service and a PSTN phone line service.

The ACCC explored three options for the "unbundling" of the service pairing in its July discussion paper, angering the incumbent telco.

"The requirement for an ADSL service to be provided on a line with an active PSTN service is not a commercial bundling construct," Telstra stated.

"Rather it is a fundamental aspect of how Telstra has deployed ADSL technology on its network and is integral to how Telstra provisions these services.

"Telstra relies on the presence of an underlying active PSTN service for the ordering, assurance and provisioning of its ADSL products.

"It is a technical requirement of Telstra's OSS and BSS systems that ADSL services require an active PSTN service on the copper line.

"As such, a requirement to provide Naked ADSL services would require Telstra to undertake significant systems development and process changes".

Telstra disputed assertions that Naked DSL service availability on Telstra infrastructure would be good for access seekers and end users.

"It is unclear that a requirement for Telstra to develop a new service would significantly increase the competitive options available to access seekers, or end users," the carrier said.

"It is unreasonable to require Telstra to undertake the significant technical and process developments required to enable the provision of Naked ADSL services on its network."

Early arguments by Telstra opposing the introduction of wholesale Naked DSL have done little to dampen the ACCC's enthusiasm for the proposal.

Telstra's previous submission to the ACCC's inquiry in February was kept private.