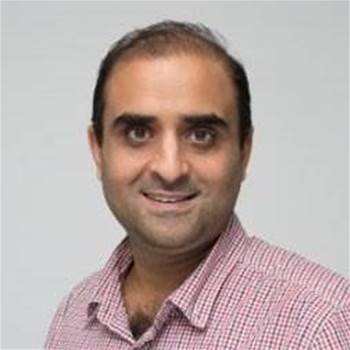 Fawad Nazir has been promoted into the position after spending two and a half years as the telco's principal enterprise architect for strategy and innovation.

Prior to joining Telstra in mid-2015, Nazir was an enterprise architect at the NSW Telco Authority.

He also worked in a similar role at Optus for almost three years before that, and previously held software engineer positions at Japanese and United States supercomputing companies.

The telco told iTnews Nazir had started work on its account with the Commonwealth Bank today.

"Fawad will be responsible for working with senior CBA stakeholders across the bank’s business units to identify business challenges and deliver tailored technology solutions to solve these issues," a spokesperson said.

The position is unrelated to the telco's chief technology officer role, which has been filled by Håkan Eriksson since late last year and spans the breadth of Telstra's technology environment.