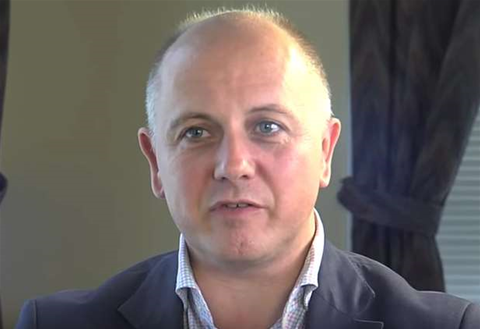 The ADHA was formed this year to replace the National e-Health Transition Authority (NeHTA), and is governed by a board of eleven directors from the public sector and private enterprise.

Kelsey has been the strategy and commercial director for Telstra Health since February this year, after leaving Britain's National Health Service, where he worked as the director of patients and information for NHS England.

"‘He is the right choice for the appointment as CEO of the Australian Digital Health Agency to further the Australian government’s commitment to use digital health to create a world-class health system for all Australians,” health minister Sussan Ley said in a statement.

ADHA's new boss is also a former journalist and television reporter, having worked for major UK news media, and is the visiting professor at the Imperial College Institute for Global Health Innovation in London.

He also served as Britain's first executive director of transparency and open data initiative by the coalition Conservative and Liberal Democrat government in 2010.

Among Kelsey's lasting efforts is the Dr Foster Hospital Guide that is published independently every year, which aims to assess the quality of individual NHS hospitals.

In 2014, Kelsey came under fire over plans to to take patient information from general practictioners under the care.data program and store it in a central database, after concerns around the legal safeguard of the medical records.