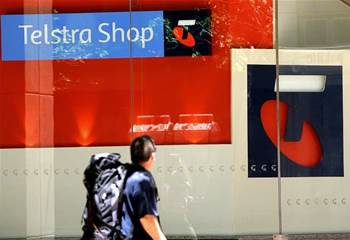 Who could not afford them, nor understand what they were being signed up to.

Telstra has been formally fined $50 million for signing up Indigenous customers to mobile plans they couldn’t afford, after the federal court signed off on the penalty amount.

The penalty amount was agreed late last year but needed court approval because the incident was the subject of a court case filed against Telstra by the Australian Competition and Consumer Commission (ACCC).

“Sales staff in these Telstra-branded stores used unconscionable practices to sell products to dozens of Indigenous customers who, in many cases, spoke English as a second or third language,” ACCC chair Rod Sims said.

“This conduct included manipulating credit assessments and misrepresenting products as free, and exploiting the social, language, literacy and cultural vulnerabilities of these Indigenous customers.

“Telstra’s board and senior executives failed to act quickly enough to stop these illegal practices when they were later alerted to them.”

Sims said the $50 million penalty is the second highest ever imposed under the Australian consumer law.

Telstra has also waived debts, issued refunds, and “put in place measures to reduce the risk of similar conduct in the future,” the ACCC said.

Sims added the ACCC had also accepted a court-enforceable undertaking from Telstra that includes commitments to, among other things, “review and expand its Indigenous telephone hotline, and enhance its digital literacy program for consumers in certain remote areas.”

Telstra CEO Andrew Penn said in a statement that the telco accepted the court’s decision. He also “vowed to rebuild trust” following the case.

“I want to apologise to all of the Indigenous customers affected by this,” he said.

“I am deeply and personally disappointed that we have let you down.

“It is clear we need to better understand and support our Indigenous customers. That means spending time on Country, as I have done, on several occasions since this issue came to light and will continue to do as well as listening to and learning from Indigenous customers and communities, meeting with community leaders, Elders, and Indigenous organisations.”